Samsung Electronics has rolled out its namesake mobile payment service for the Gear S3 smartwatch line in Korea, the company announced.

The deployment of Samsung Pay comes months after Gear S3 and S3 Frontier were launched in November last year in its home country.

The delay is a result of a long review of the service by partnered financial institutions and credit card firms.

Those with up-to-date Samsung Pay or Samsung Pay Mini on their smartphones as well as the Samsung Gear app can use the service right away.

It will support Samsung, Hyundai, Hana, and Lotte cards, while KB Kookmin Card will be available sometime later this month.

Samsung Pay is expanding globally and in March was launched in India.

It will likely launch in the UK within the month. 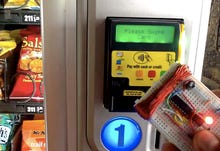