The shift in position, however, is not expected to last.
Written by Charlie Osborne, Contributing Writer on Jan. 4, 2018 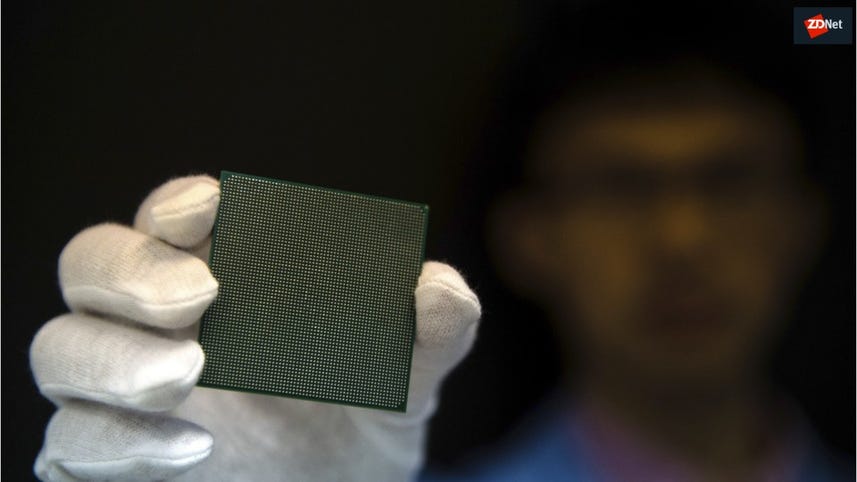 Worldwide semiconductor revenue is on the increase, and thanks to such demand, Samsung now surpasses Intel in the market.

On Thursday, research firm Gartner released the results of preliminary research into the memory industry and how it performed over the course of 2017.

According to the agency, worldwide semiconductor revenue reached $419.7 billion, an increase of 22.2 percent from 2016.

As there has been a lack of memory supply since late 2016 -- due to be caused in part by manufacturing complexity -- this has driven the price of NAND and DRAM up for vendors and consumers alike.

Flash memory prices have increased year over year by 17 percent, while DRAM prices have risen on average by 44 percent. In turn, consumers have often borne the cost of more expensive PCs and mobile devices.

However, the booming business has been good news for players in the semiconductor field, despite supply problems. Gartner says that for the first time since 1992 Intel has toppled from its perch as the top supplier worldwide, to be overtaken by Samsung.

Samsung now holds an estimated market share of 14.6 percent, in comparison to Intel's 13.8 percent. Intel's market share did grow its revenue by 6.7 percent during the year, but PC processor revenue dropped due to a sluggish market and the shift towards hybrids, smartphones, and tablets.

However, according to research vice president at Gartner Andrew Norwood, Samsung may not hold the position of top dog for long.

See also: Begone, silicon: New semiconductors touted as the future for our chips

"Samsung's lead is literally built on sand, in the form of memory silicon," the executive said. "Memory pricing will weaken in 2018, initially for NAND flash and then DRAM in 2019 as China increases its memory production capacity. We then expect Samsung to lose a lot of the revenue gains it has made."

Broadcom's bid to take over Qualcomm also has to be taken into account as it may disrupt future market positions.

While the US chipmaker has firmly rejected the proposal, Broadcom has far from given up -- and it would be interesting to see how production is impacted should the acquisition battle continue.

The proposal has also made Qualcomm's plans to purchase NXP complicated. The deal was due to be finalized last year but is yet to complete.

"The combined revenues of Broadcom, Qualcomm and NXP were $41.2 billion in 2017 -- a total beaten only by Samsung and Intel," said Norwood. "If Broadcom can finalize this double acquisition and Samsung's memory revenue falls as forecast, then Samsung could slip to third place during the next memory downturn in 2019."

Smartphones
China calls out US semiconductor bill as anti-competitive