Claiming to have sent an "investigator" to work on the Samkwang production line for two weeks by assembling mobile-phone covers and screens, China Labor Watch said its investigation uncovered at least 23 ethical and legal violations, including "$84,000 of monthly unpaid overtime wages, up to 148 hours of overtime per month, intense rates of work that have workers assembling one cell phone case every four seconds".

Other types of employee abuse include regular verbal abuse by management, forcing workers to work barefoot, fines imposed on workers, and insufficient safety training and safety measures", the New York-based worker-rights group said in a report titled "More labor abuse in Samsung phone factory" published on its website on Thursday.

The South Korean technology giant said it would send a team of specialists to the mentioned company to conduct further investigation on the allegations made in the report and take necessary measures, according to a a Bloomberg report on Friday.

Samsung also claimed that it has conducted an on-site audit of the labor conditions at the supplier company mentioned in the latest report through a third party auditor in early 2013. It has requested the supplier company to conduct corrective measures and has been strictly monitoring the implementation, Samsung told Bloomberg. 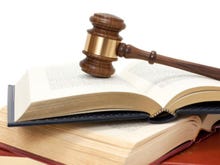 Apple v. Samsung timeline: The guide to what's happening Legal jargon aside, what is actually going on in the high-profile Apple v. Samsung case, and how did it start? Let's take a look at the timeline.

Last September, China Labor Watch released a report on eight of Samsung's directly-operated and supplier factories throughout China, exposing a long list of severe labor abuse including "over 100 hours of forced overtime work per month, unpaid work, standing for 11 to 12 hours while working, underage workers, severe age and gender discrimination, abuse of student and labor dispatch workers, a lack of worker safety, and verbal and physical abuse".

On August 6, 2012, the same group in another report accused HEG Electronics (Huizhou)—another mobile assembling plant for Samsung in southern China—for child labor and student labor exploitation. The report claimed that student workers amounted to 80 percent of the factory workforce at that time.

Samsung, the world's largest mobile phones maker, topped the global mobile phones shipment with overall market share reaching 34 percent globally, according to a Canalys report in November. Apple followed Samsung with a market share of 15 percent, less than half of Samsung's.