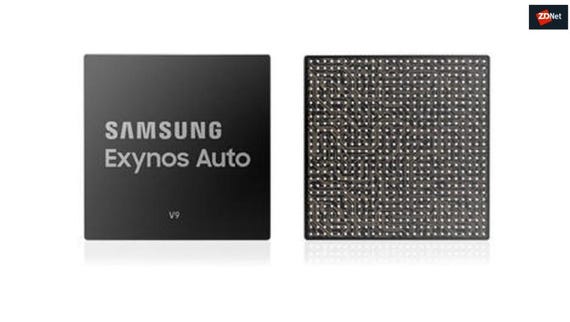 The South Korean tech giant's Exynos Auto V9 packs eight ARM Cortex-A76 cores -- which has a max speed of 2.1 GHz -- and will be used to power the German automobile manufacturer's new infotainment system that is set to debut in 2021, the company said.

The chip was designed for advanced infotainment systems that can display content on multiple screens. The V9 can support up to six displays and twelve camera connections for various sub systems.

In October, Samsung introduced three separate Exynos brands for its chips aimed at future cars. Exynos Auto, its Exynos-branded processors aimed at cars, will be divided into Exynos Auto V, Exynos Auto A, and Exynos Auto T. V is for infotainment, A is for advanced driving assistance system, and T is for telematics

Samsung first clinched the partnership with Audi back in 2017.

The South Korean tech giant previously designated automotive components as its next-generation growth business back in 2015.

It also acquired US audio and auto-component giant Harman for US$8 billion in 2016 to further grow the business.

Samsung and Harman have unveiled a digital cockpit and a telematics solution at CES. The South Korean tech giant also launched its DRVLINE platform for OEMs and MaaS providers in the autonomous driving space.

Apple and Samsung are part of group working on a standard to ensure Digital Key will be reliable and unhackable.

The cash purchase marks Samsung's biggest move into the connected cars space yet, and will give the company new inroads in IoT and connectivity.

Join Discussion for: Samsung to supply 8-nanometre V9 chips for...