SAP, best known for applications that power large enterprises, is serious about the small and mid-sized business market -- again. However, this time may be different as SAP has recalibrated its suites for smaller enterprises, is investing in go-to-market plans and product development and realizes it needs fresh customers to up sell in the future.

The effort to land smaller enterprises (SMEs) as customers still has a few holes. For instance, you can't easily find SAP's SME products or services from its website. And a key cog in SAP's SME strategy -- Business ByDesign -- is a suite that has historically been troubled on both the product and marketing fronts.

And then there's the issue that every large IT vendor has when it comes to courting SMEs: Customers aren't quite sure these tech giants will stay interested. Here's why SMEs can be skeptical: In previous economic cycles, enterprise software players have tried to court SMEs when growth from large companies slows. However, once the economy bounces back, these giants go back to chasing large enterprise customers. Why? It's easier to sell large deals to massive companies than grow by landing a series of smaller deals.

Now we're in one of those phases where SMEs are belles of the ball again. Consider that Oracle just closed its acquisition of NetSuite, a cloud enterprise application vendor that has historically targeted smaller companies. SAP has board level agreement, plans to invest, and a series of assets for the SME market, said Barry Padgett, president of SAP Business One, SAP Anywhere, and SAP Business ByDesign. Padgett joined SAP via the Concur acquisition.

Padgett acknowledged that I may have heard this SME tale before. I nodded. Fortunately for SAP, it isn't alone. I've heard repeatedly from large enterprise vendors that they were serious about the small business market. You should watch what these vendors do more than soak in what they say.

Both Oracle and SAP will duel with Microsoft, which is strong in the SME market, and is rolling out its Dynamics applications as cloud services.

"For us not to be known for providing quality SMB solutions is tragic," said Padgett, who became president of SAP's small business efforts in June. SAP plans to spend heavily in the next six to nine months on accelerating its partner marketing spend, content, and ecosystems that can target specific industries. "ByDesign will get a 50 percent increase in engineers and development over the next 9 months," said Padgett. "The investment will allow us to put some wood behind it."

Padgett also noted that ByDesign may get a rebrand in 2017 to illustrate how the product is breaking with its somewhat troubled past of starts, stops, and go-to-market confusion.

For SAP, the focus on SMEs is more than just an effort to goose sales in the short term. SAP has to bring on more customers because it can't grow forever by increasing wallet share at its current base of enterprises. That reality is why I'm willing to bet that the likes of SAP and Oracle may actually be serious about SMEs.

"Our real challenge is about perception and the only way to change that is one day at a time," said Padgett, who added that SAP will gain traction one deal at a time.

To land those deals, SAP has formulated a three-tier product roadmap to cater to the SME market. Here's the breakdown:

Of those three product lines, Business One has the most robust ecosystem and the other two suites will hope to leverage those partners.

Going forward, SAP Anywhere may be among the most interesting. Why? SAP Anywhere is a front-office suite aimed at marketing, sales, and commerce. In addition, SAP Anywhere integrates with back-end systems such as Sage, Xero, and Quickbooks. The most established competitor in its SMB market may be GoDaddy. SAP also has partners such as UPS to target SMBs.

Edward Jackson, general manager of SAP Anywhere, said the software has staked out retail and wholesale companies with multiple channels. "Other than ByDesign, SAP Anywhere is the only other public cloud offering for SMBs from SAP," said Jackson. "It was built from the ground up to be mobile first and low touch. Deployments are in weeks not months."

Smaller businesses are using SAP Anywhere to consolidate log-ins and relegate previous systems to the background. Jackson said he's surprised that system consolidation has been the bigger selling point for SAP Anywhere, which has a primary pitch that revolves around running multiple campaigns across social channels and the e-commerce experience.

As for the customer base, SAP featured a few SME customers. For instance, Jeff Becker, CEO of Microbattery.com, explained how he's using SAP Anywhere as a front end to his Sage system. The approach is notable since Becker left NetSuite over concerns of lock-in.

Becker instead wanted a multi-vendor approach with Sage on back-end and SAP Anywhere as the interface.

Indeed, SAP has its share of SME customers and could invest and align its partner strategies to target more industries. For instance, SAP Anywhere launched in May to target so-called bi-modal e-commerce companies, or B2B-B2C retailers. SAP plans to expand that approach to enter more markets via partners.

Add it up and SAP's SME strategy is a work in progress, but it's hard to ignore the strategic importance of landing smaller customers that may grow their way into more applications.

By bringing outsiders such as former Amazon exec Mika Yamamoto in to lead marketing operations for SAP's SMB team, the company appears to be serious about landing smaller enterprises. But even Yamamoto acknowledged that SAP is working to tackle issues such as site navigation and refraining from jargon and acronyms.

It's a tall order, but the challenge isn't insurmountable. Now it's time for SAP to win SMEs over one customer at a time.

Here are a few notable SMB videos from our special report on small enterprise technology needs. 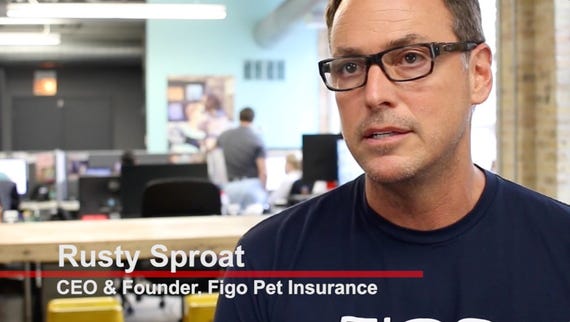 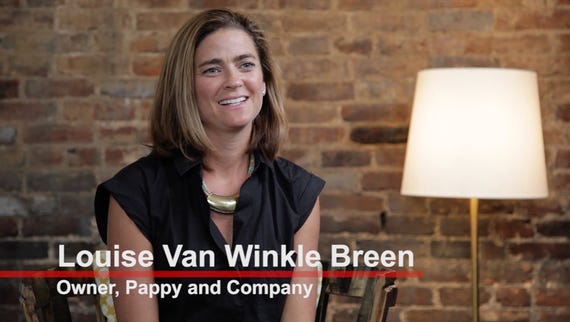