Cash flow across the full year has suffered, however, due to share payouts and restructuring expenses.
Written by Charlie Osborne, Contributor on Jan. 27, 2020 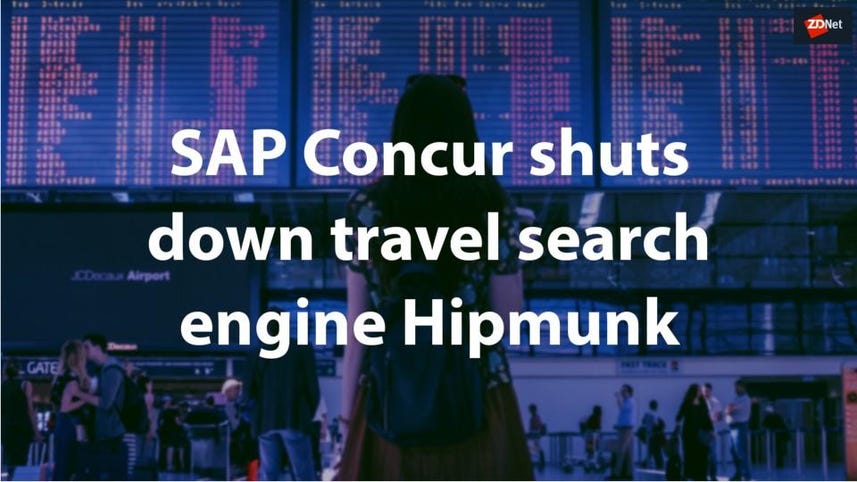 SAP has reported its fourth-quarter earnings results, with strong cloud bookings and the announcement that all internal financial targets have been achieved across the full financial year.

SAP reported an operating profit of €2.12 billion IFRS, which has decreased by 11 percent year-over-year, or up 12 percent (non-IFRS) and up 9 percent non-IFRS at constant currencies.

Over Q4 2019, cloud bookings were up 19 percent, reaching €878 million -- 17 percent at constant currencies and up 20 percent excluding Infrastructure-as-a-service (IaaS).

In Q4 2019, SAP reported a software license revenue reduction of 4 percent year-over-year to €2 billion IFRS or down 6 percent non-IFRS at constant currencies.

Applications, Technology & Services revenue increased by 5 percent to €6.97 billion year-over-year, or up 3 percent at constant currencies.

SAP's Intelligent Spend Group revenue was up 15 percent to €830 million year-over-year, or up 12 percent at constant currencies.

"SAP's strategy to be the experience company powered by the intelligent enterprise is resonating," said co-CEOs Jennifer Morgan and Christian Klein in a prepared statement. "More and more customers are turning to SAP and Qualtrics to close their experience gap. At the same time, we continue to see strong adoption of S/4HANA as the core of the intelligent enterprise across all deployment models."

SAP says it has hit every revenue and profit target across FY 2019. Over the full year, the cloud software giant has reported total revenue of €27.55 billion, up 12 percent year-over-year non-IFRS and up 9 percent non-IFRS at constant currencies.

New cloud bookings were up 25 percent at €2.27 billion and up 31 percent excluding Infrastructure-as-a-Service (IaaS). Cloud subscriptions increased by 23 percent, surpassing the €12 billion mark by the end of the fiscal year. Overall cloud revenue for FY 2019 was €6.93 billion IFRS or €6.77 billion non-IFRS at constant currencies.

IFRS operating profits, margins, and EPS were down across the year. SAP says that this is due to the Qualtrics acquisition, restructuring charges, and share compensation. Operating profit was down 21 percent to €4.5 billion, margins decreased by 6.8 percent year-over-year, and earnings per share decreased by 18 percent IFRS to €2.80. Operating cash flow was €3.5 billion across FY 2019.

Below is SAP's 2020 outlook, based on non-IFRS figures:

Transportation
How to transfer your WhatsApp account from Android to iPhone