SAP prepares for its next big challenge

SAP has been running, and spending, fast over the past decade, but it needs to make sure all its businesses are going in the same direction.
Written by Daphne Leprince-Ringuet on Oct. 18, 2019 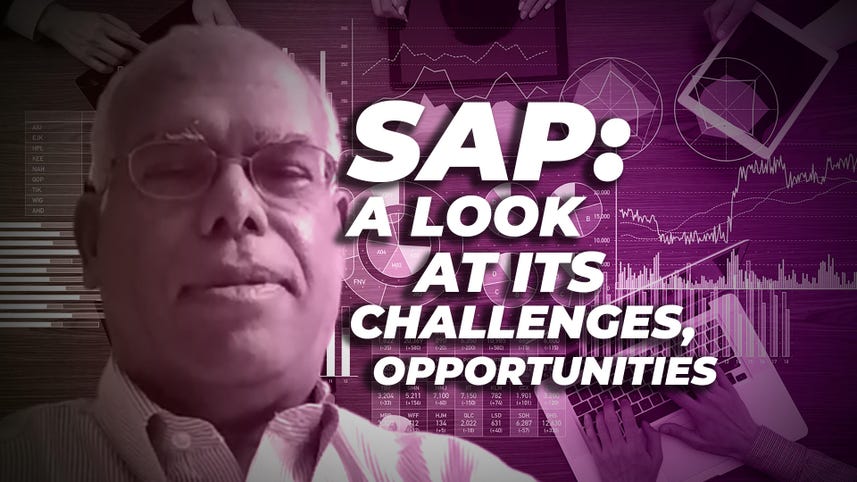 "Every CEO dreams of being able to transition a company to its next generation from a position of significant strength," said Bill McDermott last week as he announced that he was stepping down from his position as CEO of SAP, one of the market leaders in enterprise resource planning (ERP) software.

The company's core ERP software standardises business processes to streamline the management of operations ranging from sales to finance through human resources and corporate services. Under McDermott's leadership, a further $70 billion was spent on expanding the vision of an "intelligent enterprise", through development and acquisitions – up to 50 of them. The most remarkable of which occurred earlier this year, when SAP acquired Qualtrics.

That $8 billion deal added Qualtrics's technology for customer relationship management and customer experience to SAP's portfolio, in a move to extend its product offering.

Paul Saunders, senior director analyst at Gartner, told ZDNet: "Under Bill McDermott's leadership, a lot of cash was spent on growing the business, because he understood a long time ago that ERP wasn't going to be enough."

Jennifer Morgan and Christian Klein, both SAP executive board members, were appointed as co-CEOs following McDermott's departure – and the big challenge they are facing now is how to live up to that strategy.

Playing in their favour is the fact that McDermott left them with a company that is performing well. In the decade that he spent in the role, McDermott effectively drove SAP's growth into the fourth largest software company in the world after Microsoft, Oracle and IBM.

SAP claims that 77% of the money exchanged through global business transactions touches one of its systems, and much of this can be attributed to the activities of McDermott; since he took leadership in 2010, revenue has grown by 143% to $28.5 billion last year.

Most notably, McDermott started the company's shift from a largely on-premise product offering to cloud deployment in search of more predictable revenue streams. In 2011, for example, SAP launched SAP HANA – an in-memory database that can process high volumes of data in real time.

The following year, it started selling platform-as-a-service in the form of SAP Cloud Platform, which includes SAP HANA, to connect both on-premise and cloud-based systems.

The company's third quarter results this year, which it released at the same time as the news of the executive changes, reflect this transformation: cloud revenue was up 37% year on year and SAP HANA adoption grew 25% year on year to 12,000 customers.

Gartner's Saunders said that what SAP has been going through in the past decade is in fact an identity shift: "It has gone from an on-premises company focusing on ERM to a hybrid digital company that also focuses on customer experience, sales and delivery," he said.

"But the challenge until now, and the challenge to come, is that SAP's ability to deliver on McDermott's vision has never been up to speed. They have way too many plates spinning. And that's frustrating to its customers."

SAP is offering many products as part of its 'Intelligent Enterprise' portfolio – a total of 347 of them, according to Saunders. Those include ERP and cloud solutions, and Qualtrics's customer experience software; but also supply chain and product life cycle management, analytics, and even IoT and artificial intelligence.

The list is long and non-exhaustive, but it is presented to customers in a confusing and disjointed way. Ultimately, it means that those customers are shown new solutions that they have to implement – with no explanation for why exactly they should invest in them.

Big, complicated, expensive are the words that, as a result, come to most people's minds when they hear of SAP, said Saunders. And that reputation is one that the company is struggling to get rid of.

To illustrate, he uses the opportune analogy of a bunch of baby squirrels, whose tails can end up knotted up when they spend months in the nest together. "That's SAP," he said. "They are going in lots of different directions, but something is holding them back."

Liz Herbert, analyst at Forrester, agrees: she told ZDNet that one of SAP's priorities now should be to come up with stronger messaging on its plans.

"They are trying to tackle too many things, and they haven't been able to successfully orient companies," she said. "They still haven't made a lot of progress in showing how Qualtrics ties in with their core product, for example."

Crucially, she added, this means that customers struggle to see the link between the price they are paying and the value they are getting for their money. Lost in the middle of complex and expensive options that they do not understand, the danger is that existing users start turning to competitors.

In defense of SAP, it has been pushing its efforts to communicate more comprehensively. In 2018, for example, it aggregated its multiple sales teams into a single Global Customer Organisation (GCO) to coordinate customer engagement. "They get it," said Saunders.

But customer frustration is already there, and both analysts agree that this is one big challenge for SAP. So big, in fact, that Saunders asserts that the company currently cannot afford a misstep.

"They are getting where they need to be, but the competition is ever-increasing," he said. "There will be a huge amount of pressure to deliver."