Satya Nadella: Ten years out tech will merge into every industry

MWC2019: Every industry will need to integrate tech and computing will be embedded in the world, says Microsoft chief.
Written by Danny Palmer, Senior Writer on Feb. 26, 2019 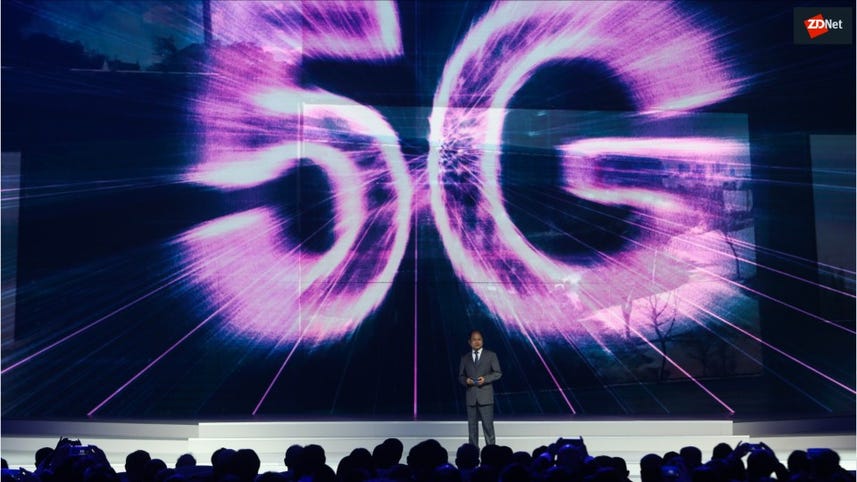 While there's currently a big focus on the development of tools like big data, artificial intelligence, embedded technology and 5G connectivity, in the coming years, these will become so ingrained in society and business, that they won't be seen as the exclusive realm of technology firms, Microsoft CEO Satya Nadella told the audience during a keynote session at Mobile World Congress in Barcelona.

"As computing gets embedded in the world, it gets indistinguishable from the world. Computing is in every place," Nadella said.

Nadella was on stage with Dieter Zetsche, chairman of Daimler and head of Mercedes-Benz Cars, who said that connectivity is now a part of everything — including cars and trucks, and he pointed to the amount of code inside a modern Mercedes. "This is much more similar to a computer, just bigger and more comfortable," he said.

For Microsoft, this level of connectivity is just a small step into the world of ubiquitous computing. It's also an area the company is looking to take a lead on, for example with the launch of its HoloLens 2 augmented reality headset at MWC just 24 hours previously.

But in order for organizations to keep up with the potential change that could be coming in the next few years, Nadella argued that no matter what industry a business is in, it needs to recognise software skills as a valuable resource that can help drive growth.

"How does every organization —irrespective of sector — master software so it's relevant to what they do?" he asked.

Mercedes isn't immune to this, either: while the company has a history going back over 100 years, Zetsche said the company is aware that it can't sit back and expect to remain on top — it'll need to alter how it operates and how it does business as the world and technology changes around it.

"It's good people are proud to be pioneers of the car but we don't need complacency," he said, before detailing how senior members of the company have visited Silicon Valley startups to learn what makes them successful and how that approach can benefit the company. Some of the ways the car manufacturer is attempting to adjust for the future is via the development of new technologies, not just internet-connected vehicles, but autonomous and electric ones.

"It's not a gimme that we're around tomorrow and it's important for people to change to different setups, to create awareness," he said, adding that Mercedes can't just focus on it's direct rivals either, as new, disruptive organizations may enter the market.
"We're in a transformation in our industry, but we know ten years from now it'll be different and we'll have different competitors," Zetsche said.

HoloLens 2 puts the future of computing in Microsoft's hands
The new capabilities of HoloLens 2 reinforce Microsoft's leadership position in a pillar of computing's future. The company's steadfast focus on enterprise productivity, though, may leave it vulnerable as mixed reality becomes more mainstream.

What is Microsoft's Azure Kinect DK?
Microsoft's new motion-sensing device will help applications see and hear the world around them -- and respond.

Microsoft HoloLens 2: This is big, but you have to think different to 'Apple big'
It's easy to think that for a piece of technology to make an impact that it has to be something in the consumer space. Microsoft is right to aim the HoloLens 2 squarely at the enterprise space.

Microsoft's HoloLens 2: Why it's really all about the cloud (TechRepublic)
Microsoft at Mobile World Congress took the wraps off of its HoloLens 2 and it has some hardware upgrades that'll help enterprise usage and the front-line workers using it.