System will detect what passersby are wearing.
Written by Cho Mu-Hyun, Contributor on Jan. 1, 2020 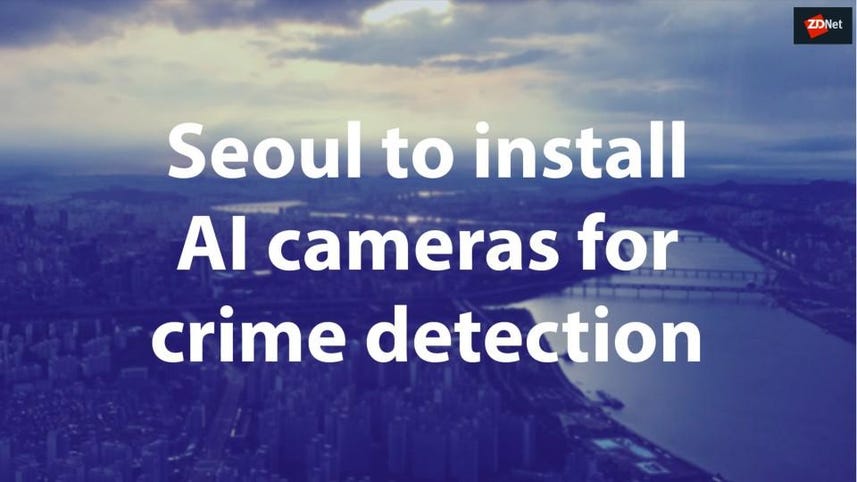 Cameras with artificial intelligence (AI) software that the South Korean government claims can detect the likelihood of crime will be installed in Seoul within the year.

The Seocho District of South Korea's capital and Electronics and Telecommunications Research Institute (ERTI), a national research institute, said they will install 3,000 cameras at the district by July. The cameras will use AI software that processes the location, time, and behaviour patterns of passersby to measure the likelihood of a crime taking place.

The cameras will automatically measure whether somebody is walking normally or tailing someone. It will also detect what passersby are wearing -- such as hats, masks, or glasses -- and what they are carrying with them such as bags or dangerous objects that have a strong possibility of being used to commit a crime. The cameras will also consider whether it is day or night.

They will use this information to deduce the probability that a crime will take place, they claim. If the rate exceeds a certain rate, the cameras will alert the district office and nearby police stations to send personnel to the location.

The cameras will be able to compare whether what is being filmed at the present matches past crime patterns.

"It will work like deja vu," said an ETRI spokesperson.

The AI software is still in development and the complete version will be finished by 2022, the institute said. Cameras with its capabilities will eventually be expanded to other districts in Seoul as well as other provinces, they added.

Gate-like checkpoints are being used to record biometrics and device digital fingerprints for Xinjiang residents.

The state Senate appears to be listening to appeals to reel in the widespread use of biometrics.

Trueface will provide Air Force bases with systems that can identify faces, license plates and guns.

Innovation
The EU AI Act could help get to Trustworthy AI, according to the Mozilla Foundation