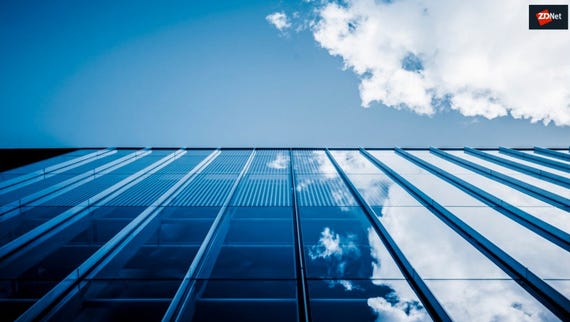 The Singapore government has laid out plans to move some of its systems to the cloud and build a suite of standardised software components to help quicken application development.

To drive the country's smart nation goal, the government would need to "reengineer" its systems and processes, said its prime minister Lee Hsien Loong, during his address Tuesday at GovTech Stack Developer Conference.

Because it was an early adopter of technology, Lee said the government now was saddled with legacy IT systems operating across different agencies that had to be constantly modified, updated, and fixed to keep up with technological changes.

Such incremental changes eventually would be inadequate and a complete overhaul or replacement would be necessary, he said, adding that some government departments still were running codes written in Cobol and operating on Windows 98 to support old applications written on the platform.

He underscored the role of new technologies, which would simplify processes and improve citizen experience. Reengineering and redesigning systems and processes, however, required significant effort and understanding of the user's perspective as well as organisational change.

In revamping the government's existing IT infrastructure, Lee pointed to the benefits of cloud technology.

"Developers have access to more toolkits and better software services, and can upgrade and improve your systems more easily," he said. "Operating and maintenance costs can be much lower... We can scale up or down services easily and quickly by sharing computing resources. We can run systems 24 by 7, without having to provide for expensive dedicated backups and hot standbys."

Built in an era without cloud technology, almost all government IT systems in Singapore today were located on-premise, the prime minister revealed.

He stressed, though, that security and data protection remained key considerations in any move to the cloud, and the Singapore government would need to decide which of its systems could--and could not--leverage commercial cloud services.

Lee explained: "For systems that cannot go onto the commercial cloud, we have to design and build our own government cloud, so that at least these systems can share the government cloud infrastructure and benefit from its efficiencies and economies of scale."

He said a preliminary study determined that "many" of the country's government systems, in principle, could operate within a commercial cloud.

Some of these systems would be migrated onto the cloud over the next few years and the government hoped to assess "this new mode of operation" and use the learnings to take "bolder steps", he said.

The government also would need to transform the way it developed software, according to Lee. With the growing availability of better tools and existing application architectures from which to leverage, engineers today could access various developer packages such as graphics and artificial intelligence (AI) and APIs (application programming interfaces).

Software developers now could build on what already had been done before, without having to reinvent the wheel, and potentially design new and better tools on top of the base application.

Lee said: "This is what we have to do for government as well. For example...instead of every agency building their own bespoke website, at great expense, and often repeating the same coding errors and bugs, we can do it more efficiently, and get better results, by reusing technologies."

To facilitate this, he said, the government was building the Singapore Government Technology Stack (SGTS), which would comprise common software components used in application development.

The stack would feature three standardised layers between the data and the application, namely, common hosting platforms such as Amazon Web Services--so all government agencies would use the same set of development and programming tools--shared middleware such as centralised API gateways, and a library of commonly used microservices such as payment and authentication.

"The SGTS will help us deliver better public services to citizens through reusable software, much faster and at a fraction of the cost," Lee said. "It will complement our greater use of the commercial cloud and support our efforts to share data more easily through published APIs."

The tech stack would work alongside the move to the cloud as well as the use of data to enable the Singapore government to reengineer its digital infrastructure. "This will form the dev-ops and digital environment for in-house engineers and users, and will also enable greater collaboration and exchange with the private sector," the prime minister said.