Six years ago, 20-year old Taavi Madiberk and 22-year old Oliver Ahlberg decided to take a chance. They bought some intellectual property from a group of Estonian scientists with a view to helping them commercialize ultracapacitor technology. With a background in legal studies and no knowledge of the tech in question, the two men founded a company called Skeleton Technologies.

Taavi's father Vello was an employee of the company that originally developed the technology, so although not having an educational background in the subject, Taavi was well aware of its potential from a young age. 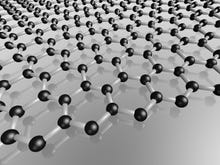 Graphene breakthrough hints at smartphone batteries that could last 25 percent longer Italian researchers have come up with a new way of squeezing extra life out of standard lithium ion batteries, thanks to the miracle material.

"Apart from Taavi's high level of familiarity with the technology through his father, it's true that we didn't have any specific knowledge about the sector - you learn as you go. In retrospect, if we had known back then how much hard work is involved in building a high-tech company, we might have thought twice. But luckily we didn't let that stop us," explained Ahlberg to ZDNet.

"When the opportunity arose to help the scientists commercialize this phenomenal technology and spin-out a new company, we jumped at the chance. Young people's appetite for risk is well documented and, in our case, we were able to channel it in a constructive and successful way."

In the beginning, the founders relied on search engines, LinkedIn, and industry conferences to get in contact with potential customers. As the products' performance became more well-known, customers began to find them too.

"Today our technology has gained considerable interest in the motorsport, automotive and aerospace sectors, among others," Ahlberg said.

Skeleton Technologies' first customers were R&D departments of automotive companies. Just two years after the company was founded, European Space Agency jumped aboard too, wanting to use the Estonian company's products in space.

"While spacecraft, such as satellites, harvest energy using solar cells, they do have to spend some of their time on the 'night side', where they rely on stored energy, currently provided by lithium-ion batteries. Although batteries can store more energy than ultracapacitors [also known as supercapacitors], they are slow to charge and discharge, lose 30 percent of their energy through heat alone, and require frequent replacement.

"Ultracapacitors can charge almost instantly and deliver significantly more power for weight compared to batteries. Our technology will be used for tasks such as adjusting antennae and moving solar arrays and will considerably reduce the amount of weight and room required for energy storage," said Ahlberg.

He added that the market size for large ultracapacitors (those with a capacity over 100 farads) is expected to grow from €500m to €3.6bn over the next five years. Skeleton Technologies biggest competitors in the market are Maxwell Technologies, Ioxus, and Nesscap.

"It's worth mentioning that Skeleton Technologies is the only manufacturer to use graphene and it's an important differentiator," said Ahlberg.

In the beginning of June, the company announced that it closed a €9.8m round of Series B financing from a consortium led by Harju Elekter Group, which owns electrical equipment manufacturing plants in the Nordic-Baltic markets, and UP Invest, one of largest investment firms in the Baltic region. The money will be used for scaling up production of graphene-based ultracapacitors, ongoing R&D, and supporting growing sales.

"We will also be focusing on developing products that are higher up the value chain. For example, we will shortly be announcing a new engine start module for the trucking industry that will help trucking companies avoid unnecessary delays from engine start failures while reducing pollution," said Ahlberg.

The company has 50 employees, 40 of whom are based in Estonia where the company is carrying out development and high-end production. Next year Skeleton Technologies is planning to open a factory in Germany which will mostly be focusing on the price sensitive mass-market sector. Just recently the company also founded a company in Finland with the aim of opening a development center near Helsinki, as the talent pool in Estonia is not sufficient for a fast growing company in Skeleton Technologies' field.

Finding qualified personnel in Estonia "is very difficult in our particular sector, as there is no large-scale experience base in Estonia for high tech manufacturing. We have engaged with some of the brightest minds from both Tallinn Technical University and Tartu University and we have young PhDs working for us from both universities," said Ahlberg.

Similar to its non-stock market quoted competitors, Skeleton Technologies does not disclose its revenue numbers, but the prediction for 2020 is €150m. A significant short term push for revenue growth should come from scaling up production in Estonia.

"The near term challenges have to do with achieving production scale with reasonable costs/margins. Even those customers who are willing to pay a premium for high performance operate in a world of limited resources. After scaling up Viimsi [the location of its factory in Estonia], we will be shifting our focus to a new factory in Germany, which will require additional investment. We currently have very strong regional investors and for the next round we have had high interest from many investors with a German background, which is important for us."

Skeleton Technologies is a rare example in Estonia - it's developing and manufacturing physical high-tech products, being one of the largest market participants globally in its niche. In Ahlberg's opinion there are some fields where Estonian tech-entrepreneurs could find similar success, but it would be a lot easier if a role model would exist.

"A very large global trend is digitisation in all sectors, not only automotive - you could call it a megatrend. This is something that local entrepreneurs could and should focus on. I'm not sure if you would describe it as an obstacle, but we think that one of the main inhibitors has been the absence of a positive role-model or exit, similar to Skype. In high-tech, you also need much more specific knowledge and know-how compared to the IT or web sector. Tesla is globally one of the first positive role-models; Skeleton's plan is to be that role model for Europe," he says.

Join Discussion for: Skeleton's key: The Estonian startup that...