Full Bio
Posted in Between the Lines on December 6, 2016 | Topic: Smart Cities

A series of business technology executives shared tales of their various smart city projects and the common theme was that data is an enabler and an asset that municipalities are trying to wrangle.

Here are some of the main themes from the Smart Cities Summit in Boston.

The street car was funded by the federal government and a local tax. The connectivity infrastructure was funded by private partners that monetize the data from usage. "It took more time to calculate the rate of return for partners than the permitting," said Bennett.

Bennett said the downtown is mostly commuters so disruption to residents was minimal. "Private partners could make money on phase one (downtown) and that's important because we can then address the digital divide on the East side," he said. "Kansas City wins when our partners make money." 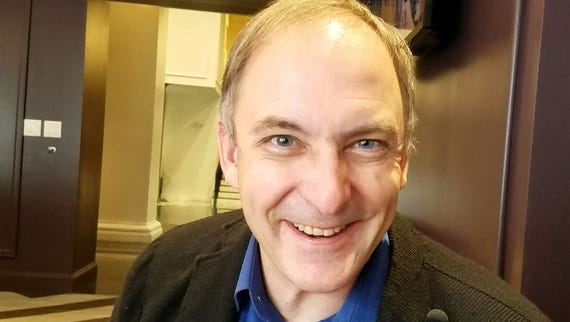 The art of a smart city deal
Watch Now

Jascha Franklin-Hodge, CIO for the City of Boston, said the most basic levels of connectivity is still not where it needs to be. Homes still don't have broadband connectivity to connect to educational resources. "One in 5 students are coming into workforce without access to critical technology resources," said Franklin-Hodge.

Without Internet connectivity and home broadband, cities are disappearing. "If we don't have that foundational level of connectivity there's a major problem," he said. "Connectivity is as important as water and electric."

Previously: DHS aims to use IoT, analytics to boost smart city resiliency | Louisville and the Future of the Smart City

Vehicles are part of a smart city, but...

Bennett said transportation with connected cars and busses is cool, but "we aren't smart yet." "We won't be smart until we get the data from the cars and actually use it to make decisions," said Bennett.

"The key to the smart city is not all this stuff, but how we use it," he said.

Vehicles will be part of the smart city equation, but the real problem is getting people to jobs. Data will have to solve that issue.

"There are real questions about how transportation will work with autonomous automobiles," said Franklin-Hodge. He said ride sharing, car ownership and using space devoted to storing autos are all issues that will reshape the smart city.

He added that cities need to think big about vehicles and think more in terms of mobility. Perhaps cities should prepare for autonomous vehicles and models where auto ownership doesn't exist. "There are a lot of things we don't know," said Franklin-Hodge.

Data is the currency of the smart city

Dominick Tribone, customer experience lead for Massachusetts Bay Transportation Authority, said on a panel that his group is using information from ridership and transactions to enhance services. But there are limitations. Tribone noted that the MBTA knows when someone checks in to the system, but has to infer when that person gets off.

"We want to get to real-time trip planning," said Tribone.

Meanwhile, Paul Comfort, CEO, Maryland Transit Administration (MTA), said his group is revamping routes to ease congestion in Baltimore with a hub-and-spoke system. Technologies will be used to hold the light green for busses and align connections between bus and trains.

"We collected two years of data on the transportation system, where the jobs are and where people are really going," said Comfort. "We're removing 1,000 stops from our system because people weren't using them. Data is helping us do that."

Nearly every CIO, noted that smart city projects revolve around how data is being used. Bennett noted that Kansas City is using data from Google's Waze and sucking in information available via public application programming interfaces.

What executives cautioned is that flooding smart city projects with data may not work due to access, analytics, availability and the ability to turn big data into insights. There are also privacy issues that abound. "There's a balance between having enough information to improve service and privacy," said Tribone.