Smart homes emerge as an early target for wireless power

An infrared-based wireless power system will focus on powering fixed devices such as smart locks and security cameras versus smartphones.
Written by Ross Rubin, Contributing Writer on May 29, 2019 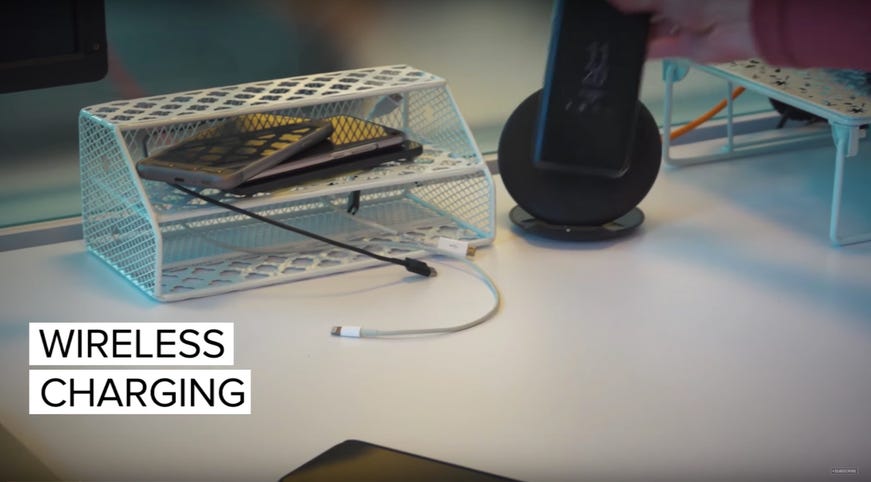 Nikola Tesla envisioned a world where both electricity and data traveled wirelessly around the world. The latter has become part of our daily lives, but the former has not. More recently, a far more modest proposition -- in-room wireless transmission of power -- has been attempted by several startups using various means of transmissions. uBeam, which uses ultrasound to send wireless data, generated great interest in the potential of such technology when it was demonstrated at the All Things D conference in 2012. However, it has not proven commercially viable for consumer devices, and the company is refocusing on B2B.

Recently, though, I received a demo from Wi-Charge, another long-gestating company using infrared technology to transmit wireless power over the space of a few meters. The system works by using a transmitter, which scans the room for eligible receivers. Once it finds one, it locks in and starts delivering up to two watts of power, enough to charge devices such as smartphones. Once the transmitter was locked in, it was able to power an LED a few feet away as well as, more usefully, a battery dock for an Amazon Echo Dot. The company recently announced the second generation of the system, which features a much smaller transmitter that resembles a double-wide track light.

Because Wi-Charge uses infrared light, it must have a line of sight not only to the object being charged, but to whatever side of it has the receiver within an allowable angle. Thus, Wi-Charge won't charge a phone while it's in your pocket. In fact, the company is passing on smartphones altogether for now since it recognizes the tremendous chicken-and-egg problem that must be overcome to get its receivers into high-volume handsets. The company notes that its approach, however, results in longer range and more power transmitted than other options, and that its reliance on light avoids any interference with other radio signals such as Wi-Fi.

Rather, in the consumer market, it is focused on a being a kind of electricity bridge to smaller stationary objects that need a steady supply of power but are often in inconvenient places to plug in. Examples include wall-mounted security cameras, smart locks, and digital photo frames. Another smart home opportunity is motorized shades. While they currently exceed the power requirements that Wi-Charge can directly address, transmitters could charge a battery that could output enough juice to operate them throughout the day.

Wireless power has been positioned as an evolution beyond technologies such as the inductive pads of Qi, but Wi-Charge sees the technologies as highly complementary. Indeed, years before Apple went all-in on Qi wireless charging, the company's head of marketing, Phil Schiller, accurately noted that wireless charging pads merely shifts the location of the plug. A Qi pad that acted as a Wi-Charge receiver could be placed in a wider variety of settings around the room and might even help spur the nascent concept of Qi-enabled furniture.

Wi-Charge says the first devices to use its technology should be on the market later this year.

Make your home office smarter in the new year

Apple AirPower is dead, but these alternatives are probably better anyway
For a fraction of the price of Apple's just-canceled charging mat, you can put wireless chargers everywhere.

Charge all your devices at once, using infrared light (hands-on)
New tech will charge multiple devices in a room, via transmitters that will one day hide in your light fixtures.