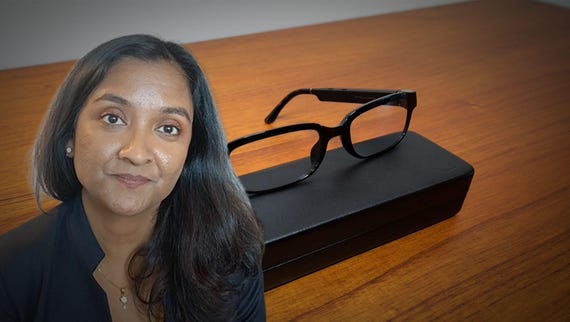 "If you can't beat 'em, join 'em" captured the rationale behind Sonos's embrace of voice agents. At the time of its decision, Amazon was enjoying success with the then-novel Echo available for in various flavors for under $150 and even $50. Sonos had long broadly competed with inexpensive speakers, none of which had slowed its path to one of the most successful consumer electronics IPOs in recent history.

But the company realized that Amazon had tapped into the potential for an interactive speaker, one that you not only listened to but which listened to you. While Amazon was steering clear of the premium segment at the time, Sonos could see that Google was making a typically wild stab for that space, with the Google Home Max, and that Apple would stir from its category slumber long enough to release the HomePod. Sonos would cover its bases by offering support for voice agents from all three companies. But even as the networked audio pioneer offered native support for these into their speakers, it did so in a nearly indistinguishable form factor.

Now, Sonos, which for much of its existence had dogmatically avoided standalone speakers, has finally moved out of the house and gotten a job as a respectable Bluetooth speaker with the Sonos Move. In fairness, it has done this without compromising on its commitment to networked audio as the Move is a full-fledged Sonos speaker -- albeit a larger one than the Sonos One owing in part to its integrated battery.

And while Sonos's lateness to the Bluetooth audio segment makes its embrace of voice agents seem acrobatic in comparison, it has arrived with the thoughtfulness its customers will appreciate. Sonos has tested the Move for resilience against a hellish array of threats including heat, cold, water, dust, and gravitational acceleration. It has enabled it to transition smoothly between home and mobile via an inductive charging ring on which it sits. Sonos says it has even formulated special battery chemistry to better deal with the speaker being charged most of the time.

The Move has arrived just before Amazon announced its most premium feature yet, the Echo Studio, although it arrived amidst a host of less expensive offerings. It is $200, the same price as Sonos' entry-level One speaker and Amazon's unparalleled ability to feature its own product on its retail site should allow for tremendous promotion opportunities in the coming months. But for now anyway, the same factor that sets the Move apart from other Bluetooth speakers should continue to protect the rest of Sonos' speaker portfolio: They are part of a system.

In some ways, Apple is a stronger competitor to Sonos than Amazon, but the company has yet to kick the HomePod business into high gear the way Amazon has with Echo speakers. Indeed, given Apple Music's support of the Echo, Apple currently seems more interested in seeing its music subscription service proliferate than in dominating the smart speaker category. As it has shown from its initial support of Alexa, Sonos takes Amazon as a serious threat. The Echo Studio may not do much to sway existing Sonos users, but it could make it harder for the company to grab those new customers who ultimately buy into Sonos as a system.

Amazon's new Alexa features and Echo devices deliver privacy, smart home integration
It's one thing to launch a bevy of Alexa enabled devices including a handful of Echos. It's another thing for Amazon to address the integration challenges and privacy concerns. At Amazon's hardware event, the company aimed to thread the needle.

Sonos One (Gen 2) review: AirPlay 2 with Amazon and Google assistants make this a rocking speaker
This second-generation Sonos One speaker is nearly the same as the first generation with an improved processor, more memory, and Bluetooth Low Energy