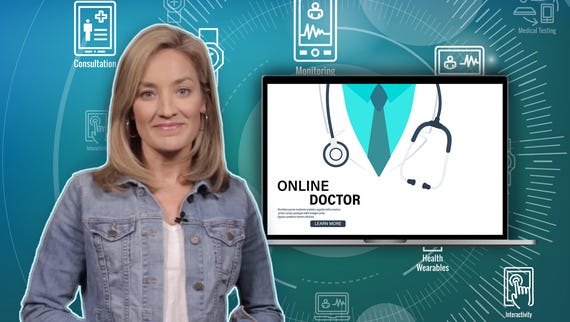 You can skip your doctor's appointment. You can take your smartwatch off. But you can't stop going to the toilet.

With the health industry increasingly looking to realise the dream of precision medicine -- health interventions that are customised rather than one size fits all -- researchers are looking towards the humble toilet as the next frontier of health data.

"Many people don't see their doctors even annually, and usually you only visit a physician when you have something troubling you. This idea of precision medicine is, we can monitor a person much more routinely and try to collect data that might allow us to be more forward looking in their healthcare," says Josh Coon, principal investigator with the Morgridge Institute for Research, and a professor of bimolecular chemistry and chemistry at the University of Wisconsin-Madison. "I personally think that if you want to get routine molecular measurements from an individual, you have to figure out how to do that in a way that doesn't require them to change their behaviour." And that's where smart toilets come in.

By analysing the chemicals that end up in pee and poop, scientists can help monitor ongoing health conditions as well as catch new diseases as they appear.

Take diabetes, for example. Someone developing the condition might have high levels of glucose in their urine before they show any symptoms; for those who've had the condition a long time, raised levels of protein in their pee might suggest the disease has begun causing kidney damage. In both cases, the quicker individuals and their doctors are made aware something's wrong, the quicker they can intervene to prevent worse complications developing.

Using urine to spot disease is nothing new in medicine, as anyone who's had to give a sample at their doctors will tell you. But such checks might happen once a year, if they happen at all -- a smart toilet could do the same tests several times a day, only quicker and without the need for a doctor or nurse.

Director of the Molecular Imaging Program at Stanford Dr Sanjiv 'Sam' Gambhir and his researchers have begun researching the potential of a smart toilet for improving health. The smart toilet they've built records and analyses the condition of the user's faeces as well as analysing its composition, looking for signs of molecules that could indicate diseases such as cancer. The toilet can also study the flow rate of urine -- obstructions such as an enlarged prostate can cause flow to drop off -- as well as keep track of particles leaving the body in the urine.

Once all the information's been collated, it can be sent to a cloud-based system for analysis and shared with the user's physician.

Gambhir likens smart toilet analysis to the Internet of Things systems that continuously monitor jet engines. With sensors constantly monitoring the health of each jet engine, "those results don't go to the pilot, they go to a health board on the ground and are constantly being analysed for false positives and false negatives, and then the jet engine is tweaked in real time. We in the health industry have a lot to learn about tools that operate in the background. The smart toilet was one such tool because everyone has to use the toilet," Gambhir says.

Rather than have all the notification on their toilet health sent to the user's phone -- potentially worrying them with an avalanche of data -- Gambhir expects the results will be monitored by clinical systems that can then call a person in to see their doctor if there are signs of a sustained, concerning trend.

As he's also Stanford's lead for Project Baseline, he believes the results could one day be integrated into Baseline's software (Project Baseline is the the ambitious health project to map human health, which involves Verily, the life sciences company owned by Alphabet, Google's parent company, and the Stanford and Duke University medical schools). "We hope someday to tie it into Project Baseline. And that will prevent us from having to develop everything from the ground up. We've invested many years in Baseline and eventually the dream of Baseline is to be able to insert in technologies like this, and have a health portal monitor things," he says.

SEE: These open-source software developers want to give diabetics new tools to manage their condition

As well as smart toilets that look for a range of biomarkers of various diseases, work is underway on developing toilet seats for single conditions. Heart Health Intelligence, which makes a seat aimed at detecting cardiac problems, recently landed $2.2m in funding. The seat can measure a person's cardiac output, heart rate and blood pressure, as well as check their oxygen saturation.

While some of the technology used to power smart toilets' analytical functions will be built from scratch -- Gambhir's team are working on tech to spot DNA and RNA in stools for the early detection of bowel cancer -- much of smart toilet tech is a matter of combining existing technologies into a format that can sit in the average pan.

Take the mass spectrometer, for example -- a piece of kit that can tease out the chemical composition and various molecules found in a particular substance. Mass spectrometers normally sit in labs and are used for things like identifying unknown compounds, inventing new drugs, or detecting toxins where they shouldn't be. As you'd expect for such a complex bit of hardware, they're not cheap.

Coon estimates that mass spectrometers will need to come down in price by ten to one hundred fold to make smart toilets a mass-market proposition. Novel technologies typically start as innovative enterprise applications before coming down in price and size, and eventually ending up as consumer gadgets. The hope is that the price of mass spectrometry tech doesn't preclude everyone's toilets getting that bit smarter in the next few years.

"Many of my colleagues say, well, you can never get that cost down, and I actually don't think that's true. If you look at a car, an automobile is way more complex than a mass spectrometer and costs 10 times less. The reason is because there's scale, there are so many made. There's so few mass spectrometers made, so if you can create a demand for that -- and that comes at a scale -- I think that clearly, those costs should come down," Coon says.

"The costs are very high, but the data is very valuable," he adds -- so who needs the data and the cash to start installing smart toilets? The first buyers could well be medical institutions, as a way of assessing patients' samples quickly or for monitoring medication levels in inpatients without the need to take blood regularly. Equally, employers -- think Silicon Valley types with the budget for quirky employee perks -- who might want to offer new health benefits to their staff.

Of course, all of this raises the matter of privacy -- would the promise of better health be enough to persuade people to have their waste analysed every day?

In addition to tracking individual users' health, the information gleaned from smart toilets could even be used to monitor the health of whole populations. Researchers believe that ultimately toilets will be able to analyse urine for signs of infectious diseases, like coronavirus.

"I think many people agree that being able to make those measurements daily on people, broadly, would really be transformative. And if you think about the current pandemic, if you had those devices on toilets, we would likely have a much better idea of how to how to able to monitor the health of the population," Coon says.