An ambitious collaboration between US universities and Google-offshoot Alphabet's life sciences arm is aiming to map the factors that contribute to good health, and illness.
Written by Jo Best on Jan. 31, 2018 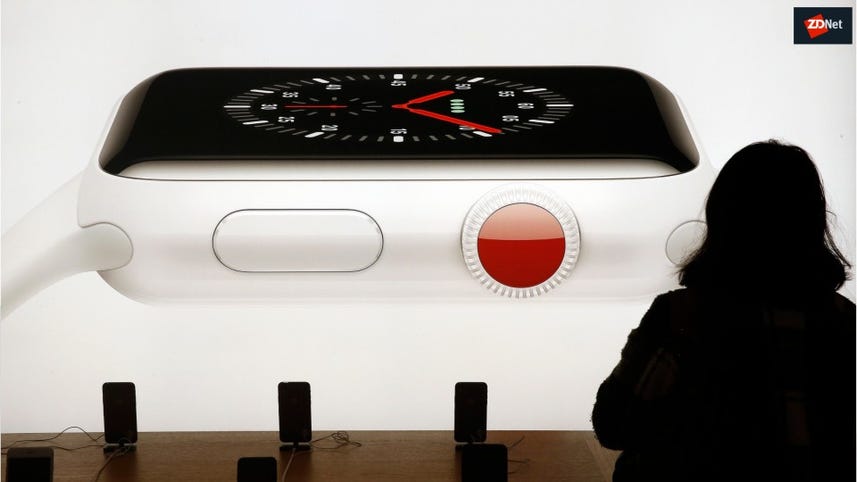 If you've ever been in hospital or found yourself with a major illness, you'll know how often doctors will check up on you: recording your pulse, measuring your weight, ordering blood tests, and taking samples.

That means doctors have a pretty good idea of what seriously ill looks like. However, they don't have the same level of detail about what a generally healthy person looks like -- the medical profession spends a lot less time and attention taking details from people that aren't obviously unwell.

Project Baseline, however, reckons healthy people could provide a wealth of data that could not only help predict if they're going to fall sick, but also be used to delay the onset of disease -- or even avoid it altogether.Project Baseline began life in 2017 as a joint research project between Verily (the life sciences business owned by Alphabet, the company hived off Google in 2015), Duke University School of Medicine, and Stanford Medicine. The five-year project aims to map the course of human health from early adulthood to old age, to discover the factors that contribute to the onset of disease and whether they can be altered to help people stay healthier for longer.

"Today, when someone gets sick, develops a cancer, or develops a reoccurrence of a cancer, rarely do we have enough information looking backwards to say 'oh, this was a problem two years ago -- they had this change in these parameters, and they went on to develop this problem'. With Project Baseline, we'll have much better baseline information for predictors of disease," Dr Lloyd Minor, dean of Stanford Medicine, told ZDNet.

In order to build up a comprehensive picture of normal health, and what deviations from it look like, Project Baseline is aiming to sign up 10,000 volunteers who will gather and share data on all sorts of elements of their biology on a day-by-day basis.

Over the last year, 700 people have been enrolled into Project Baseline across four different sites in the US, and the plan is to begin categorising them according to their health behaviours and genetic backgrounds.

"As we go forward, we'll be able to understand and hopefully pick up very early signals about people's health transition... this is a great opportunity to understand what someone's journey in health is," Dr Adrian Hernandez, vice dean for clinical research for the Duke University School of Medicine, said.

While many people may be concerned about the privacy implications of sharing such sensitive details about their health with tech companies, the Project Baseliners are hoping that their information will ultimately be of use in battling disease and long-term health conditions.

The participants, aged 18 to over 80, "are varied," said Hernandez. "But many are very interested in using their information to help the health of others. They see themselves as pioneers, part of an effort to map out health earlier but as a broader good, not just for their own health."

Project Baseline will build its datasets using information garnered from participants, including how much sleep they get, to how much activity they do, their diet, their vaccinations, and results of blood and hearing tests.

"Everything you and I can imagine about their health will be measured -- they'll have whole genome sequencing, microbiome, immunome, and Verily developed its own wearable for this project," Stanford Medicine's Minor said.

While some of the data will come from questionnaires filled in by the participants or from tests conducted in-person by Project Baseline staff, much will also be generated by the custom-built investigational device worn by Baseliners.

The smartwatch was designed and built by Verily, the Alphabet-owned life sciences tech company (Alphabet was the company spunoff from Google to house its more experimental businesses). Founded in 2015, the company describes itself as "developing tools to collect and organise health data, then creating interventions and platforms that put insights derived from that health data to use for more holistic care management". Its diverse interests include surgical robots, smart contact lenses, and glucose monitoring hardware for diabetics.

Verily's wristwatch is packed with more sensors than the average wearable, and can record data on the wearer's heart rate, electrodermal activity, and inertial movements. It's also designed to have a longer-than-average battery life -- the less it needs charging, the less it's away from the participants and not gathering data -- and can hold more information, so it needs syncing less frequently. (And no, Google says it isn't going to use the data to target you with adverts: "While Google provides the computing, analytics, and data handling power, Google will not sell your information for advertising. All your information will be stored in a secure, encrypted database with restricted access," it said.)

The aim of gathering all that data is to map how, why, and when certain people get sick and why others don't, and to use it to generate insight that can be applied across whole populations, based on their lifestyles and genomes.

Project Baseline's ultimate vision of health could see algorithms created to understand our lives and genes so completely that they'll be able to monitor us for the very earliest signs of illness and head them off before the disease takes hold, or scan our genome to determine which treatment has the highest likelihood of success.

For Duke University School of Medicine's Hernandez, there are three main aims for Project Baseline. "One is getting to more personalised healthcare, understanding what's the right thing for the right person. Two is being more preventive -- how can we actually go from a reactive healthcare system to a proactive health enterprise? Three is, how do you put all these pieces together in the big health jigsaw puzzle?"

Two areas of focus for Project Baseline are cardiovascular health and cancer, and it's hoped the study may one day help discover risk factors for disease that have been hidden until now, which could then be used to devise novel health interventions or treatments.

But gathering data is only the first step: Project Baseline will need some serious computational muscle to work out the complex connections between all the laundry list of health variables that participants are sharing -- which is where Google also comes in.

"When you think about some of the original models that predicted smoking is bad for your health, they took advantage of technology that was novel at the time, but they weren't inundated with the amount of data we'll have here. That's where the power of machine learning will come into play, for the 1,000 by 1,000 factors -- how do we know which is important and when, because it can be dynamic over time," Hernandez said.

The project is hoping to use the "latest in data science", Hernandez added. "One would imagine an incredibly large data repository and, essentially, APIs that would work on top of that."

That machine learning, and its ability to scale to take into account any number of interacting health variables, will only grow in importance should the study expands. While Project Baseline is scheduled to run for five years, those involved in the study are looking at timescales beyond and greater data sets as new health-measuring technologies hit the market.

"This is not going to be a static study. It's going to change over time as new technologies develop, new interests in science and healthcare evolve, and also with the incorporation of patient perspectives. We're going to learn from them as well, in terms of how do we design the best study and carry out the best study that will generate the results that will matter to a lot of people."