Smartphones in 2016: What worked, what didn't

While not everything smartphone makers announced in 2016 was a hit, seemingly small features became must-haves throughout the year.
Written by Jason Cipriani, Contributing Writer on Dec. 26, 2016 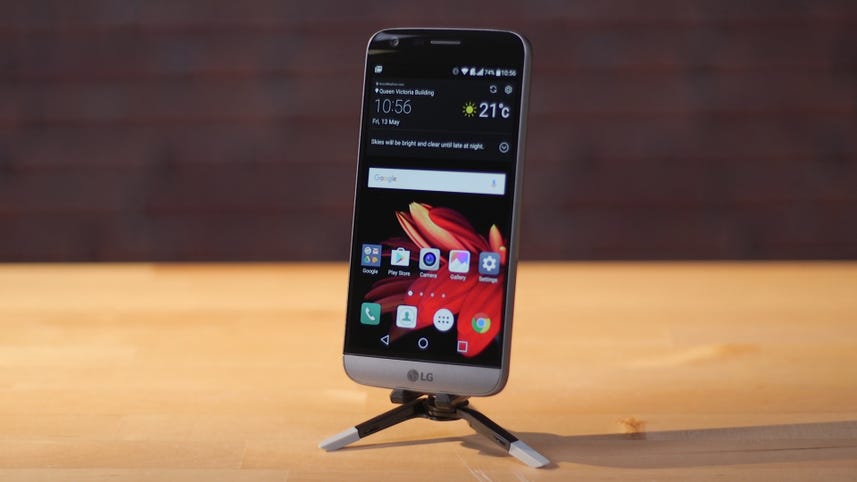 In 2016, we saw some phone manufacturers take big risks, trying to push the boundaries of what a smartphone should do, while other companies played it safe.

LG and Lenovo each tried to create a modular ecosystem, while Google walked away from the idea altogether. Apple even got on board with water resistance, and then Google jumped into the smartphone war.

Take your phone for a swim

Apple announced the iPhone 7 and iPhone 7 Plus in September, both of which are IP67-rated. That translates into phones that are dust resistant and water resistant, but they're not completely waterproof.

The new iPhones can withstand a splash or quick drop in the pool -- or even worse, the toilet -- and most likely will continue to work without issue.

For its part, Samsung brought the feature back to its Galaxy S7/S7 Edge, as well as the doomed Note 7, after waterproofing the Galaxy S5, but not the Galaxy S6 lineup.

Water resistance is a feature you hope to never have to use, but it provides peace of mind and a reassurance that your investment is protected during random mishaps.

Going forward, water resistance is sure to become a feature expected of flagship smartphones. Reading through reviews of the Google Pixel, for example, there was a lot of disappointment due to the lack of water resistance -- and rightfully so for a phone priced over $650.

The technology, which makes a phone immune to an occasional dip without impacting aesthetics, exists, and it's time phone makers far and wide begin using it.

When LG announced its flagship smartphone in 2016, the G5, it included a removable battery. Only, instead of removing the back of the phone to get at the battery, the bottom chin of the device pulled out of the phone.

Users could then put in a new battery or enhance the capabilities of the phone using a series of modules. Surely, you saw the commercial featuring Jason Statham dressed up as various characters, swapping modules in and out of the G5.

Despite no announcement regarding the company's next smartphone, presumably the G6, reports already indicate LG has decided to forget about adding modules to phones.

Lenovo's Moto division is still pushing forward with Moto Mods on the Moto Z line of devices. Instead of removing the battery to swap out a mod, thus forcing the device to power off and back on, Moto Mods use magnets to activate and stay attached to the phone.

Google's Project Ara, a phone designed from the ground up as modular, so you can swap out processors and camera sensors, was reportedly canceled during the year.

Moto's implementation is better than LG's, and I rather liked the Hasselblad True Zoom Moto Mod, but it's still unclear if modular phones are the future. ZDNet Contributor Ross Rubin said they aren't sticking.

After years of rumors and speculation, Google released a phone of its own. The Pixel and Pixel XL, for all intents and purposes, are Google's.

Through a partnership with HTC, which acted as a contract manufacturer working with Google, Google took control of the entire Android experience.

Historically, Google's Nexus phone line used a reference design from a phone manufacturer and ran a "pure" version of Android. The end result was often a decent phone, with a disappointing camera and less-than-stellar battery life.

With the Pixel, however, Google was able to tweak the processor to ensure the battery lasted all day, along with fine tuning the camera module to get the best photos possible. And it succeeded.

The Pixel, for many, including yours truly, is the phone of 2016. It puts Google on course to seriously compete with Apple, on its own, while also forcing its Android partners to improve their own products.

For the most part, 2016 was a year of slight iterations and changes, interspersed with companies trying to set themselves apart from the pack.

With rumors suggesting 2017 will usher in radical changes for Samsung and Apple smartphones, the future sounds more exciting than ever.