Its Japanese mobile businesses comprised of 36% of the company's revenue for the quarter.
Written by Campbell Kwan, Journalist on Aug. 5, 2019 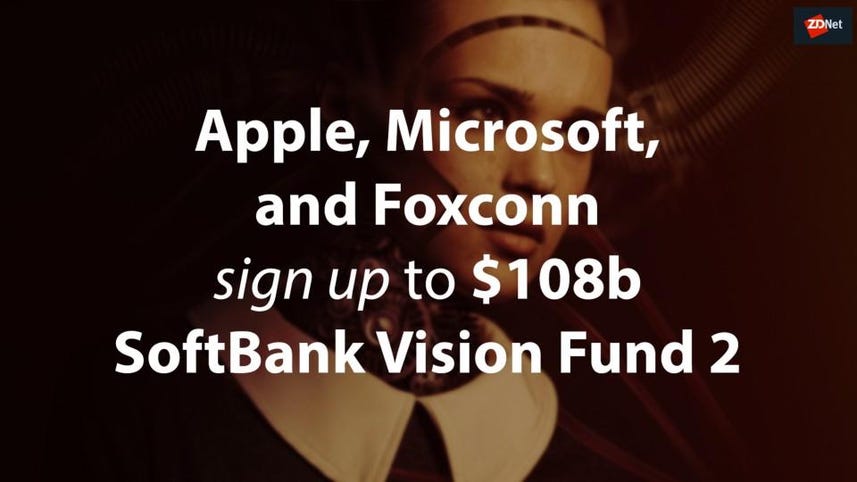 SoftBank had a strong start to the 2019 financial year achieving revenue increases across all of its segments and adding Yahoo Japan as a consolidated subsidiary to its business, resulting in its revenue rising to ¥1.16 trillion.

The ¥1.16 trillion revenue figure was a 32% increase year on year compared to the same period a year ago, and an increase of 6% if last year's revenue is adjusted to also include Yahoo Japan's earnings.

Of its overall revenues, its Japanese mobile businesses comprised of 36% for the quarter.

The consumer segment -- the core business of SoftBank -- increased its revenue to around ¥658 billion, an increase of over ¥22 billion.

The segment's telecom service revenues increased by 6.2% year on year to ¥528 billion. Within its telecom service revenues, mobile communications revenue increased by ¥23 million year on year to ¥423 billion, with the gains primarily attributed to increases in smartphone subscribers and a decrease in monthly discounts for its Ultra Giga Monster Plus plan -- a plan that separates handset payment and service fees.

SoftBank reported it had 22.5 million consumer smartphone subscribers during Q1 2019, compared to 20.7 million a year ago.

Its enterprise segment, meanwhile, went from earning ¥148 billion to ¥154.5 billion in revenue year on year. This was comprised of mobile revenue which increased by 4% to ¥68 billion, fixed-line revenue which decreased by 6% to almost ¥49 billion, and business solution and others revenue that increased by around 24% to ¥37.5 billion.

The increases in the mobile and business solutions revenues were due to jumps in smartphone subscribers and sales from cloud services, while fixed-line revenues decreased due to the unit price of telephone services becoming cheaper.

The enterprise segment's operating income was ¥28 billion, a 17.7% increase.

Yahoo Japan, the new segment that was consolidated into SoftBank financial results, had its revenue jump from ¥226 billion to ¥235 billion, a 3.3% increased year on year. Of this, commerce revenue increased by 4.8% year on year to ¥165 billion, media revenue remained steady at around ¥72 billion, and other revenue decreased by 13% year on year to around ¥1.4 billion. The increase in commerce revenue was mainly due to an uplift in revenue associated with an increase in transaction value in commerce services.

While Yahoo Japan's revenue increased over the past year, its operating income dropped 8% due to investments towards expanding its online payments platform PayPay.

The reason behind making Yahoo Japan a consolidated subsidiary, SoftBank said, was to strengthen its relationship with Yahoo Japan in the creation of such new businesses.

"The two companies will optimise the management resources allocation based on an integrated strategy that enables them to maximize synergies," it said.

"Combining the customer base that the Group has built in the telecommunications business and Yahoo Japan Group's internet service user base and big data, which are among the largest in Japan, the two companies aim to provide even more attractive and convenient services to a larger number of customers through leveraging smartphones."

Its distribution segment -- which offers products and services primarily addressing ICT, cloud services, and IoT solutions -- jumped from ¥92 billion to ¥116 billion, up 26% year on year. This was mainly due to firm sales of existing products such as PCs and servers, in addition to an increase in the number of licenses for cloud services.

The distribution segment's operating income was almost ¥5.3 billion, an increase of 32% year on year.

The increase was primarily due to the Japanese conglomerate experiencing steady growth in its various telecom businesses, with the operating income of its telecom businesses across the Consumer, Enterprise, and Distribution segments increasing by over ¥20 billion in total.

With another strong performance in its Q1 2019 results, the Japanese conglomerate continues its upward trajectory, having increased its operating income by 81% for FY2018 compared to FY2017, with the massive jump driven by its SoftBank Vision and Delta Funds more than tripling their operating income.

The Japanese company will kick in $38 billion of its own funds, with the rest committed under memorandum of understanding with the likes of Apple, Foxconn Technology Group, Microsoft, Mizuho Bank, National Investment Corporation of National Bank of Kazakhstan, and Standard Chartered Bank.

SoftBank has also made significant headway in selling off its US telco subsidiary Sprint, which it currently holds a majority stake in, to T-Mobile after the US Department of Justice (DOJ) approved the deal late last month.

The DOJ's approval was good news for SoftBank, as Sprint itself had acknowledged it was "unlikely to play a meaningful competitive role as a standalone company in the years to come … Sprint is not on a sustainable competitive path," in an April submission to the US Federal Communications Commission.

The T-Mobile and Sprint merger is expected to be worth $26 billion.

Apple, Microsoft, and Foxconn sign up to $108b SoftBank Vision Fund 2

GM's Cruise raises another $1.15b from group headed by SoftBank and Honda

Latest round brings the total raised by Cruise over the last year to $7.25 billion.