From Wednesday, free rides can be booked on the Flinders Express (FLEX) between 10am and 2pm on weekdays during the first stage of the trials.
Written by Jonathan Chadwick on June 18, 2018

A driverless public electric shuttle will this week start operating around the Tonsley Innovation District in South Australia as part of a five-year trial, marking the first use of autonomous vehicle technology on public roads in the state.

The Navya Arma Flinders Express (FLEX) electric shuttle will transport passengers -- who can book a free ride from Wednesday -- at speeds of up to 30km, and will be managed by an on-board chaperone who will advise passengers and ensure safety, according to Flinders University, which partnered with industry supporters for the trial.

FLEX will operate on weekdays between 10am to 2pm, and will initially provide services between Clovelly Park Train Station and Tonsley's Main Assembly Building, and connections to bus stops on the main South Road and businesses in the Tonsley precinct.

Within a year, the shuttle will run to Flinders Medical Centre and Flinders University's Bedford Park campus before using main roads around the Bedford Park precinct, the university said.

The vehicle will be docked within a six-bay solar recharge garage, which will be available for free to members of the public who need to charge their own vehicles.

"Our aim is not to prove the technology, but rather expose the public to this new type of transport service and learn from their responses and reactions to help driverless vehicles gain general acceptance," said Flinders University head of civil engineering professor Rocco Zito.

"This research project is a perfect example of how universities, government, and industry can collaborate to provide enhanced mobility services that can really make a difference to people's lives."

On Monday, the NSW government announced the establishment of a AU$10 million fund to progress trials of driverless vehicles, expected to allow governments, universities, the private sector, and startups to work together to develop and test driverless tech in the state.

Legislation was passed last year to enable the NSW minister for Roads, Maritime and Freight to approve trials of automated vehicles. The first trial under the legislation -- a shuttle bus -- kicked off at Sydney Olympic Park in March.

In Western Australia, Perth is hosting a trial of Navya's "Autonom" autonomous vehicles, with the aim to make a trip bookable on a smartphone app once rolled out. The Royal Automobile Club of Western Australia began trialling its driverless electric shuttle bus in August 2016, which ended up carrying more than 2,000 passengers long the South Perth Esplanade.

In Victoria, meanwhile, the "Autonobus" is driving students around La Trobe University campus as part of a trial that is set to end next month; while Transurban has completed trials of highly and partially automated vehicle on roads in both NSW and Victoria.

The global market for autonomous electric vehicles is set to reach $7 billion by 2050, according to Flinders University. 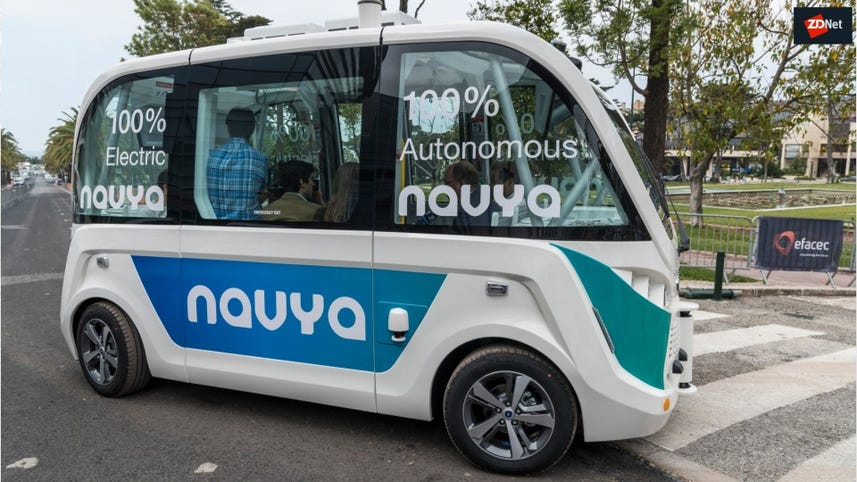 Our autonomous future: How driverless cars will be the first robots we learn to trust(TechRepublic)

In this in-depth report, learn why self-driving cars are inevitable, what the industry is doing about safety, and what it will take to make autonomous vehicles commonplace.