Spire: Can a wearable device help you manage your stress?

Spire chief scientist Neema Morabeji explains how a rock-like gadget can give you greater piece of mind.
Written by Colin Barker, Contributor on Dec. 8, 2016

If life in today's world can be at times unbearably hectic, finding time to step back and relax can seem impossible.

Spire aims to help with this problem. It is a small, wearable device that looks like a rock, and is the result of several years of Stanford University research into the science of staying calm and the value that can bring to your life.

ZDNet spoke to Spire co-founder and chief scientist, Neema Moraveji, to find out more about how a gadget can help us deal with the stress of daily life.

ZDNet: Spire looks like a small rock. How is it going to give me peace of mind?

Moraveji: Sure, it's a gadget, but it's about you. It's about your life. That's the difference that makes it more than a gadget.

How did you get started with this?

Spire started at Stanford University. I run a lab at Stanford called the Calming Technology Lab and the goal of the lab is to identify the technologies that help us reduce stress.

In that lab we study the interaction between stress and the body. So with stress the heart rate increases, the blood pressure increases, there is more perspiration. There are all these physiological things that occur when we are stressed. And that's depending on our state of mind and our breathing changes.

Now, what's interesting about breathing is that your brain has direct control over your breathing whereas it doesn't have control over all those other things.


So the research showed that respiration was a unique thing to track. From there we started the company. The object was to launch a mainstream product that looked at the next generation of activity tracking.

Health isn't just about how many steps you take in a day, it's more than that, it's your state of mind.

It helps you work better, be more creative, have better relationships, and lower your blood pressure.

The key 'secret sauce' to how Spire does that is by tracking the way you breathe and that's unique.

The way it works is that you have this stone and if you clip it here [on your belt], it tracks that expansion of your thoracic cavity as you inhale and exhale.

It's looking at that inhale and exhale pattern, and if you suddenly get anxious about something, that pattern may get faster, it may feel a little bit erratic. Then when you relax it starts to slow and gets smoother.

When you are concentrating on something without anxiety -- that's when you are really in the zone and it becomes very regular.

The device, this stone, communicates with the app to do things like telling you, 'Hey, you haven't had deep breath in 30 minutes'. To communicate it vibrates to let you know. You can then do something about it. 'Hey, it's right, let me take a couple of deep breaths'. It doesn't mean stop what you are doing. It doesn't mean you should go and do some meditation.

Then if your breathing starts getting tense or erratic, it will vibrate again. So you can rest for a few minutes. You can adjust all these things.

You might think, 'I didn't realise that, I am in this meeting, maybe I should cool down and take a minute.'

Another thing it does is [alert you to] positive patterns. 'Hey, you have just had 20 minutes of calm -- good job.' Now that's good and it's good for you. Then if you think about it, it may be that you were watching TV or reading a book or something. And you were calm.

The same goes with spells of deep concentration. That's a good thing but a rarity these days given all the distractions.

We see Spire as a mind and body tracker. It's not just tracking the steps, it's also your state of mind.

In the app we have these things called Boosts. You can look at the app and it tells you how to take a deep breath. You know, people sometimes think they are taking deep breaths when they are not real deep breaths. Often they are clenching their body which is stressing the body, so it helps you learn to regulate your breathing. You could be in a meeting and really regulating your breathing without interrupting anything or having to step out.

When and where was it first developed?

It was developed initially in the research lab at Stanford University back in 2010. In those days it strapped around the body and you were in like a body cage.

From there we had to create the technology that got us here, and now it has been up for about a year and a half. We were picked up by Amazon and now we are in all the Apple Stores around the world too.

When Apple saw it they thought, 'This is different'. Apple had their launch and [emphasised] the things they thought people would be interested in. They stressed that this is about your health.

How does it work exactly? How do you get it to measure these things?

If you take the stone and gently squeeze on it, you will see that you can squeeze it because that is a pressure sensitive membrane inside. It's super-sensitive so that as you are breathing it tracks that rhythm and it does noise cancellation and works through algorithms because it also has accelerometers inside.

While it is doing that it is sending information to you?

Yes, through the Bluetooth connection to the phone. The connection is low energy but lets the app know what is happening.

We built it so that there are no buttons, there's nothing to plug in. It's not water permeable so that it's washproof but then, you ask, how do you charge it?

We created a pad as a wireless charger. Just drop it on the pad and it starts charging instantly.

There is another device which can be used to help detect if you are going to have an epileptic seizure. Is that related?

It's similar. That product is using sweat so it's related. The difference is that we focus on a particular bio signal which is respiration that you can't get from your wrist.

Spire is less about monitoring your vitals, which is how people have been seeing these products. They try to get all of the information that they can. It's kind of like going to the doctor and getting all these different tests. They kind of want to re-create that. That's valuable. There is no question that is valuable.

But we act on the basis that not only can that be an overload of information, it can also be the wrong information. Breathing is different. Because you can actually control the breathing, that makes it very different.

All of these [other devices] are monitoring different physical things, blood pressure and so on. Spire is monitoring your state of mind.

We like to think that there are two different branches of this: one is motivations and the other is discovery.

You are giving people their own skill to manage their own stress level -- that is the point of Spire.

We don't lie to people. We don't tell them that it is going to eliminate all the stress in their lives. But it will teach them how to cope with the stress.

Are you planning any changes or improvements for Spire? 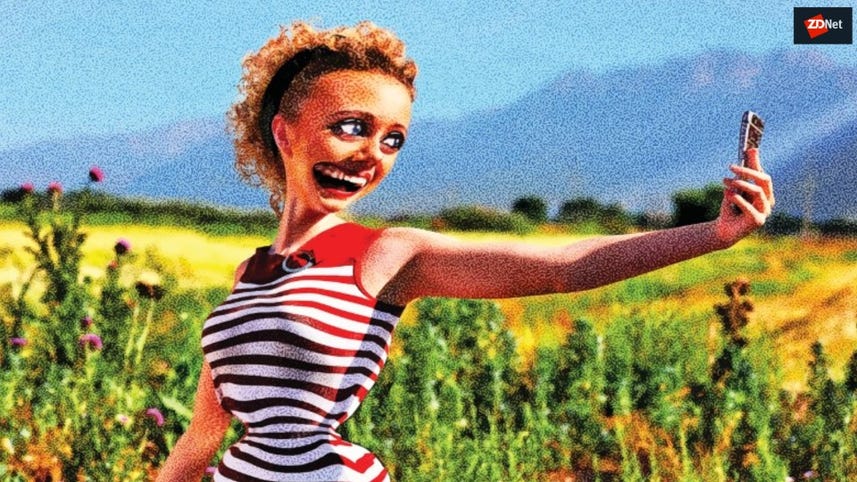 The product is changing all the time. It is not as though this is static. It changes as we learn more about how people deal with issues in their lives. We are always improving it. We are working on sleep tracking, for instance.

This is a small device. How much data can you store here?

All the data is stored on the app, so the data in the stone is inconsequential. It has about six hours of memory on the device and that's how you frame it -- hours instead of kilobytes.

The point is how much of my life can it store before it needs to be synced, and that sync is happening all the time. But if you go for a walk or are away from your phone, it is about six hours.