By Rachel King for Between the Lines | February 26, 2015 | Topic: Data Management

Splunk ended its fiscal year on a high note based on financial results published after the bell on Thursday. 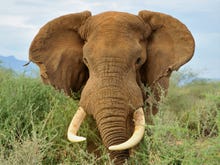 Non-GAAP earnings were nine cents per share on a revenue of $147.4 million, up 48 percent year-over-year.

Wall Street was looking for earnings of four cents per share on a revenue of $137.05 million.

For the full year, Splunk produced $450.9 million in revenue, up 49 percent year-over-year.

Splunk boasted it signed more than 600 new enterprise customers during the quarter, ending the fiscal year with over 9,000 customers worldwide.

New subscribers stateside include the U.S. Department of State, The Washington Post, and Red Hat, among others.

For the current quarter, Wall Street is bracing for Splunk to start off the year with a loss at four cents per share with $115.41 million in revenue.

Splunk responded with a Q1 revenue guidance range of $116 million to $118 million.

For next full fiscal year, Splunk upped its revenue target from $575 million to $600 million.

Earlier on Thursday, Splunk introduced a new, unlimited enterprise license set up to be independent from data volume.

Splunk charges based on data usage, but it is acknowledging enterprise adoption agreements (EAAs) might be a more attractive option for corporations as they won't have to worry about the amount of data ingested.

In the end, such a strategy could result in increased usage and adoption for machine data analytics.

By Rachel King for Between the Lines | February 26, 2015 | Topic: Data Management