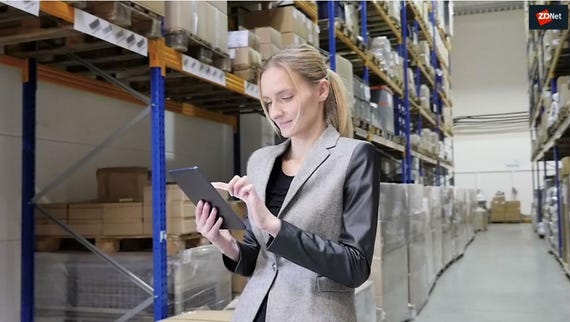 Global spending on IT will pass $5 trillion this year, according to the IDC, yet there's shockingly little evidence that higher technology spending improves business productivity; it often has the opposite effect and hinders productivity. The reasons for this productivity paradox are not clear and have perplexed economists for decades.

This Stanford University computer science site Productivity Paradox discusses possible reasons for tech's mysterious failing performance in the workplace -- such as difficulties in choosing the right metrics. Unable to find more compliant metrics, these experts conclude they "would like to believe that IT does matter."

The trillions of dollars spent on IT means there's a lot of believers, but why can't we find the productivity data in this age of Big Data? It's frustratingly counterintuitive that technology advances over the past two decades have done nothing to budge worker productivity.

The immense irony that our IT productivity technologies can hinder workplace productivity is difficult to accept. But there are some interesting statistics in a recent report commissioned by Workfront, an enterprise software project management platform based in Utah. The State of Work: 2020 report collected responses from 3,750 knowledge workers across four countries: US (1,500), UK (1,000), Germany (750), and the Netherlands (500).

They were asked about many different subjects such as their use of technologies, workplace habits, and how much time they spent on different activities.

By far the most interesting part of the report was how little time employees said they were able to work on the primary duties. UK workers spent the least amount of time: 40% -- three hours out of eight hours doing the job they were hired for, with an average of 43% across all four countries.

It revealed an enormous productivity gap. The respondents blamed too many hours in pointless meetings, answering too many emails, and dealing with distractions from constant interruptions at work.

It's easy to see that certain collaborative technologies can be sources of distraction, but this is minor compared to what is by far the biggest reason for the technology productivity paradox: There's shockingly little time to do primary work.

Technology investments can't compete with what can be gained from simply eliminating inefficient work practices. Tech productivity investments can only be applied during the time that people are working on their primary duties, which averages slightly over three hours in an eight hour day. It's essentially a two-day workweek.

This nearly 60% productivity gap revealed by the Workfront survey cannot be solved by technology, which is why the productivity paradox persists. Bad workplace practices hold back productivity.

In the global digital transformation of business, the competitive battles will be won by the organizations with the most efficient workflows -- and that's when productivity technologies will prove their worth.