Supercomputer simulates the impact of the asteroid that wiped out dinosaurs

A team of researchers has managed to run 3D models from the moment that the comet hit the surface of the Earth, until the 110-mile wide crater was fully formed.
Written by Daphne Leprince-Ringuet on May 26, 2020 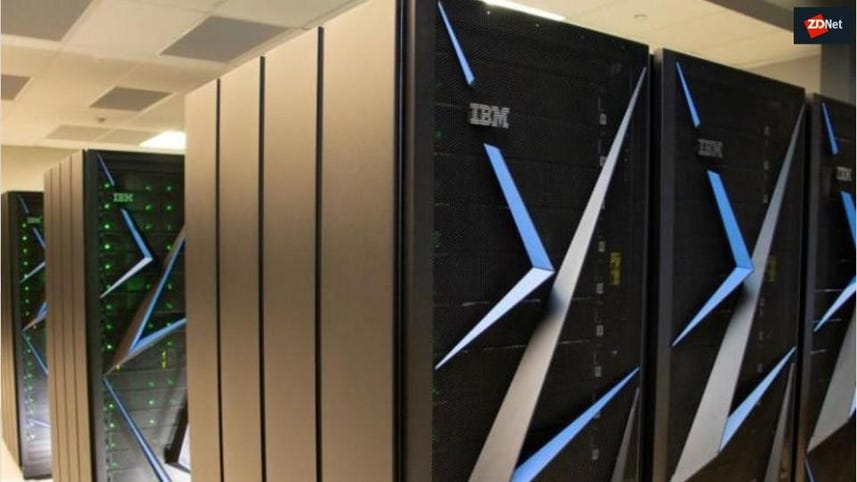 Some 66 million years ago, an asteroid hit the Earth on the eastern coast of modern Mexico, resulting in up to three-quarters of plant and animal species living on the planet going extinct – including the dinosaurs. Now, a team of researchers equipped with a supercomputer has managed to simulate the entire event, shedding light on the reasons that the impact led to a mass extinction of life.

The simulations were carried out by scientists at Imperial College in London, using high performance computing (HPC) facilities by Hewlett Packard Enterprise. The research focused on establishing as precise an impact angle and trajectory as possible, which in turn can help determine precisely how the asteroid's hit affected the surrounding environment.

Various impact angles and speeds were considered, and 3D simulations for each were fed into the supercomputer. These simulations were then compared with the geophysical features that have been observed in the 110-mile wide Chicxulub crater, located in Mexico's Yucatán Peninsula, where the impact happened.

The simulations that turned out to be the most consistent with the structure of the Chicxulub crater showed an impact angle of about 60 degrees. Such a strike had the strength of about ten billion Hiroshima bombs, and this particular angle meant that rocks and sediments were ejected almost symmetrically.

This, in turn, caused a greater amount of climate-changing gases to be released, including billions of tonnes of sulphur that blocked the sun. The rest is history: firestorms, hurricanes, tsunamis and earthquakes rocked the planet, and most species disappeared from the surface of the Earth.

It was originally thought that the asteroid hit Chicxulub at a 90-degree angle – but near-vertical impact is "unlikely", says the research paper. And yet a straight-down hit would have been a preferable scenario for dinosaurs: the angle now diagnosed by the scientists constituted "the worse-case scenario for the lethality of the impact", they wrote, because it maximized the ejection of rock and therefore, the production of gases.

The researchers carried out almost 300 3D simulations before they were able to reach their conclusions, which was processed by the HPE Apollo 6000 Gen10 supercomputer located at the University of Leicester. The 14,000-cores system, powered by Intel's Skylake chips, is supported by a 6TB server to accommodate large, in-memory calculations.

The Apollo 6000 was deployed to the university as part of a publicly-funded initiative, and is part of a digital research infrastructure facility dubbed DiRAC (Distributed Research using Advanced Computing), which provides high-performance computing for simulation and large-scale data analytics in science and technology research.

DiRAC director Mark Wilkinson, from the University of Leicester, said: "When you study a complex problem such as crater formation, a key challenge is the number of variables you have to consider."

"To date, DiRAC has provided about two million core hours of computing time to this project and it's great to see that they have already made such exciting new discoveries."

Most previous simulations of the asteroid's hit have been restricted to two dimensions due to computational limitations – which only allows head-on impacts to be studied. Using HPE's supercomputer, the team was able to run 3D simulations for oblique impacts much more easily, even though the task is far more computationally demanding.

While some 3D simulations of the event do already exist, they are limited to the first few seconds after the impact. Such models focus on how the Chicxulub crater grew in the immediate aftermath of the hit, and on the instantaneous expulsion of gas and dust. DiRAC's high-performing computing facilities, however, let the team draw a more complete picture of the impact, from the moment the asteroid hit the ground all the way until the final crater was formed.

The model shows how the crater floor was uplifted before suddenly collapsing a few minutes later, and gives new insights into the creation of the site's "peak ring" – the circle of mountains in the center of the crater.

The Chicxulub crater is the only well-preserved peak-ring crater on Earth, but it is common to observe similar types of impact on other planets and moons. The team's findings, along with the ability to run more simulations on the Apollo 6000, might therefore pave the way for a better understanding of other planetary surfaces.

The University of Leicester's Apollo 6000, for example, is currently also helping a team of scientists understand how the billions of particles in a cloud of gas can turn from gas into stars.