Symantec says that some previous financial results will need to be revised.
Written by Charlie Osborne, Contributing Writer on Sept. 25, 2018 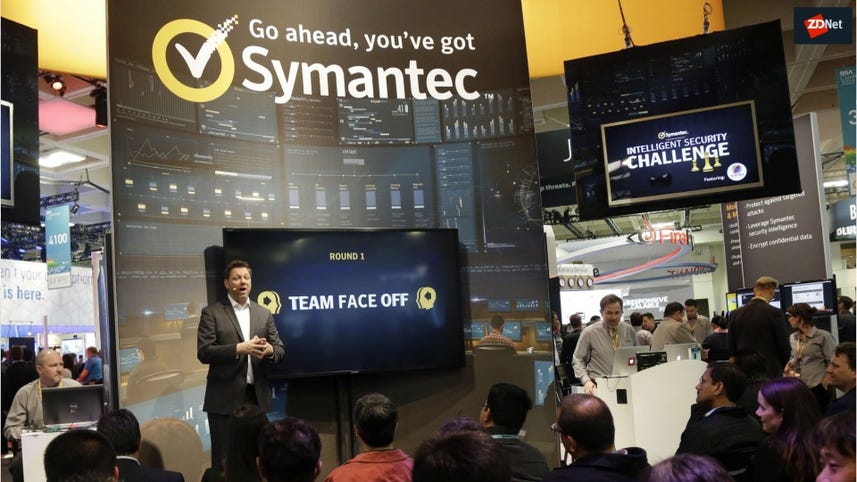 Symantec has revealed the results of an internal audit launched to investigate concerns raised by an ex-employee.

The investigation was announced in May, causing shares to plunge by over 30 percent.

At the time, the cybersecurity solutions provider did not provide any specifics, beyond that the board was internally investigating and the US Securities and Exchange Commission (SEC) had been notified.

Symantec did say, however, that the inquiry would likely result in the delay of its annual report. This shook the faith of investors and prompted a class action lawsuit on behalf of shareholders by Rosen Law Firm.

The company assembled an audit committee and retained independent counsel to tackle the problem.

The results are now in.

On Monday, Symantec said that the internal investigation has now concluded and "weak and informal processes with respect to some aspects of the review, approval, and tracking of transition and transformation expenses" were discovered.

One accounting transgression, in particular, stood out. In Q4 2018, a customer transaction was incorrectly recognized as $13 million in revenue during the open period, of which $12 million now needs to be deferred.

In August, Symantec published its first-quarter 2019 financial results which caused shares to plummet due to weaker-than-expected second-quarter forecasts.

The company reported non-GAAP earnings of 34 cents per share on revenues of $1.156 billion.

No other revisions of financial results and no employee actions are expected to take place.

However, Symantec added that the investigation into some allegations of misconduct revealed "certain behavior inconsistent with the company's code of conduct and related policies."

In these cases, "appropriate" action will be taken.

TechRepublic: 'Moore's Law is dead': Three predictions about the computers of tomorrow

The security firm has adopted a number of recommendations made by the audit committee, including the appointment of a separate Chief Accounting Officer and a separate Chief Compliance Officer which reports to the committee, as well as improving the controls and policies related to the investigation.

Symantec says that the company is working on filing its delayed annual report by October 27, 2018.