T-Mobile said it added 1.65 million net connections in the first quarter with 1.02 million branded postpaid additions as its results were better than expected.

Wall Street was expecting T-Mobile to report first quarter non-GAAP earnings of 91 cents a share on revenue of $11 billion.

Simply put, T-Mobile appears to be taking share and keeping its customers with a branded postpaid phone churn of 0.88%.

Verizon and AT&T added fewer phone net adds than T-Mobile, but have been adding extra lines for wearables. 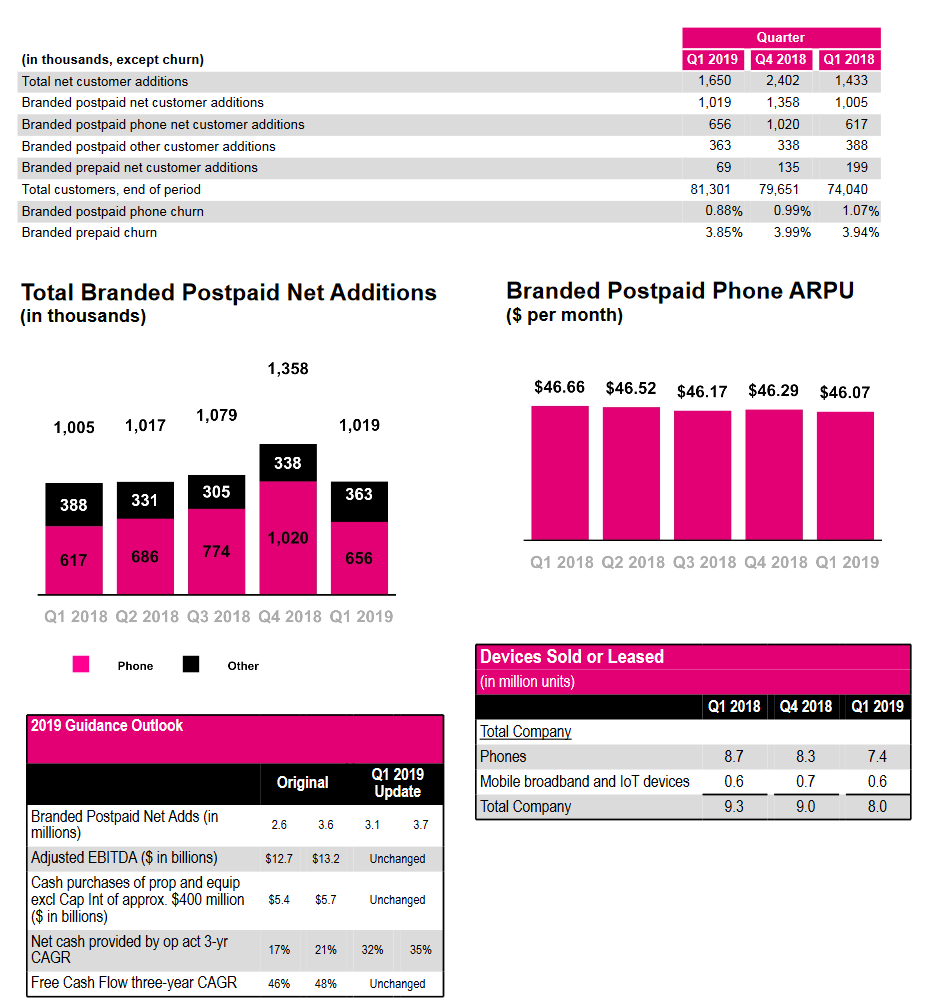 Among the key items in the quarter:

T-Mobile said that it is seeing strong demand from new rate plans on the consumer front as well as T-Mobile for Business.

At the end of the quarter, T-Mobile reported 81.3 million total customers.

Service revenue for the first quarter came in at $8.28 billion.