Tablets vs. Laptops: How new displays redraw the battle lines

Laptop-like devices that can fold out to become desktop-sized all-in-ones would play well to Windows' strengths.
Written by Ross Rubin, Contributing Writer on March 23, 2020 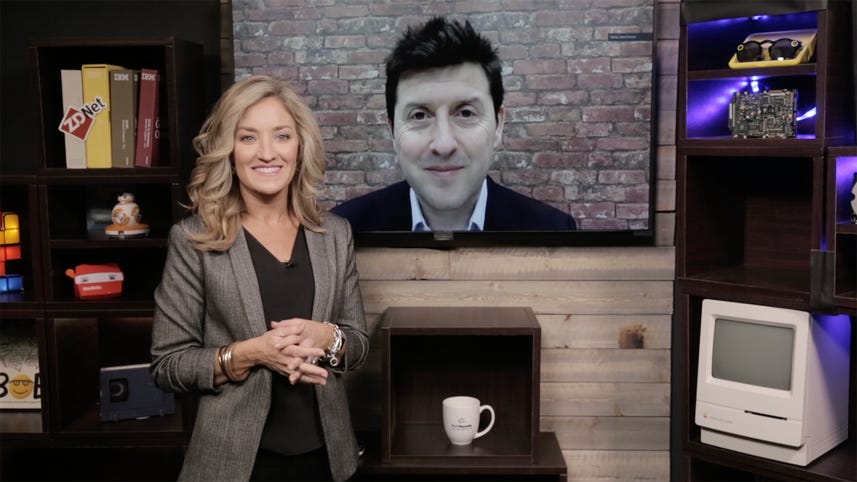 In my last two columns, I wrote about why folding screens still hold such potential for smartphones and why Apple's iPad app library could give the company an edge if it were to develop a phone with a folding or roll-out display. But what about larger but still mobile devices such as tablets or laptops?

Today, Apple owns the pure slate market but abstains from touchscreen laptops, whereas Microsoft and other PC vendors address that opportunity. But the line isn't as defined as it once was. Apple has done more to make the iPad friendlier to keyboards and now trackpads, while Windows 10X promises to make for a tablet experience more consistent with Android (or, at least, whatever flavor of Android Microsoft puts on the Surface Duo). At first glance, not much separates an iPad Pro from a Surface Pro when both are dressed up with their keyboards and pens.

The keyboard as a wireless accessory has also been a constant in a new wave of folding and dual-screen prototypes and proofs-of-concept from Lenovo, Dell, Intel, and Microsoft, as these devices can accommodate when closed. The time-honored text entry device doesn't add much beyond today's products when they mimic a laptop. But they become integral when these devices are used in their maximal desktop configuration with the screen(s) fully expanded on a surface much like a desktop monitor.

Much as a folding phone can bridge the usage scenarios of smartphone to tablet, PCs configured with these new displays can span the gamut from tablet to desktop. And here is where the same dynamics that help Apple in the first category work against it in the second. Because, while there might be some work involved in bridging iOS and iPadOS for, say, a tablet that folded down, it would be harder and counter to Apple's direction since the iPad's inception to bridge iPadOS and macOS. Even if Apple continued to use iPadOS on such a large display, it would likely want to move beyond the 2.5 apps currently enabled on the screen by Split View and Slide Over. Options would include multiple Slide Over panels or running iPhone apps in windows. The later would be akin to how Chrome OS handles Android apps and, indeed, these form factors could create an intriguing potential direction for future Pixelbooks.

Like Chrome OS, Windows is on its home court when running on a large display or multiple displays. While Microsoft wants Windows software vendors to optimize single-window apps to work well across dual-screen tablets from itself and partners, PC users have long adopted multiple screens almost exclusively for the benefits that come with having separate windows on each. Indeed, as laptops have transitioned to USB-C, we've seen a rash of smaller companies launching slim, portable external monitors that take advantage of the simplified video and power connection. While the iPad Pro can also work with these products, Apple has focused more on using it as a second screen for the Mac, i.e., Sidecar.

However, it may be some time before there's much choice in tapping into the range of options that these new "superconvertibles" offer. So far, Lenovo, which pioneered the 2-in-1 category with its Yoga brand, has been the only major vendor to announce a foldable laptop. And Microsoft's Surface Neo isn't due until the holiday season although we should get more info on the new version of Windows that will support it and other dual-screen efforts at its virtual Build event.

Why Apple is best positioned for a folding phone
While it will likely hold back until display technology improves, Apple could make folding phones compelling with the iPad's app arsenal.

Laptops
The 5 best Linux distros for beginners in 2022