Tech chiefs come out top in CEO list, but Facebook's Zuckerberg slides down the rankings 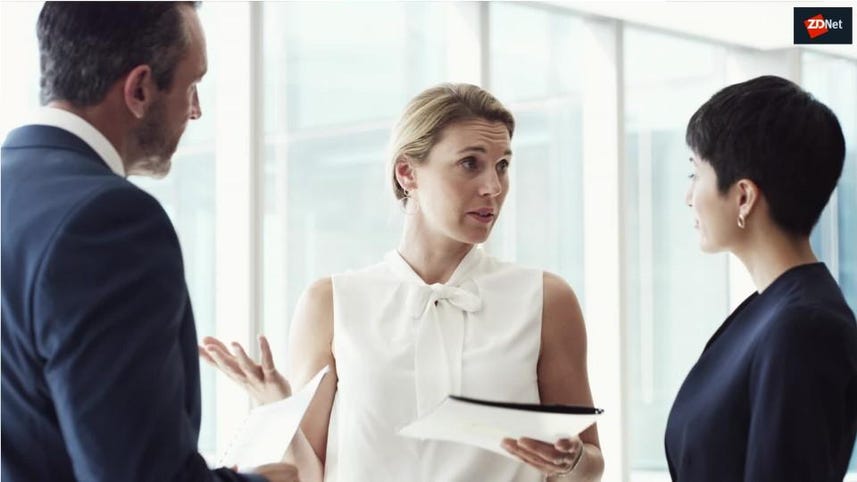 Tech company chiefs have topped a list of most highly rated CEOs, as voted for by employees. But some execs are doing better than others.

Five of Glassdoor's top ten US executives are from big tech companies, with VMware's Pat Gelsinger topping the list with a 99% approval from staff -- a big leap from his number 78 position and 92% approval rating last year. Number four on the list is T-Mobile's John Legere (also with a 99% approval rating) followed by Adobe's Shantanu Narayen and Microsoft's Satya Nadella. LinkedIn's Jeff Weiner comes in ninth on the list, down one place from last year.

More than a dozen other tech chiefs also feature in the top 100, including Marc Benioff and Keith Block of Salesforce (17th), Aneel Bhusri of Workday (22nd), Daniel Springer at DocuSign (27th), Bill McDermott of SAP (31st), Chuck Robbins of Cisco (40th) and Sundar Pichai of Google (46th). Both Benioff and Springer made the top 10 last year.

Facebook's Mark Zuckerberg comes in at number 55 with a 94% approval rating -- a significant fall from last year's 16th spot. Still, and, perhaps surprisingly, Zuckerberg is ahead of Apple's Tim Cook, who only makes 69th place with a 92% approval rating by staff.

Glassdoor said the list is based on anonymous feedback from workers who have completed a company review, including their take on their CEO's leadership, their own job and work environment over the past year.

Only one CEO has made four lists this year: SAP's Bill McDermott, who appears on the US, UK, Canada and Germany lists.

When employees submit reviews about their employer on Glassdoor, they are asked to rate their CEO's leadership and senior management. Across the 900,000 employers reviewed, the average CEO approval rating is 69%. Glassdoor said its research showed that trust in senior leadership is a leading factor behind long-term employee satisfaction; highly-rated CEOs are statistically linked to companies with great cultures and financial performance, said Glassdoor.