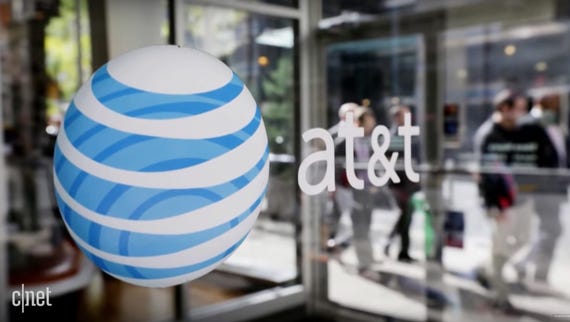 5G wireless networks: What you need to know
Watch Now

Video -- 5G wireless networks: What you need to know.

Back in 2002, the Middle East and North Africa region was home to just 19 million mobile connections. But since then, mobile take-up, use and service availability have changed dramatically.

According to data from the GSMA, there are now 639 million SIM connections in the region and 360 million unique mobile subscribers.

As adoption of 3G and 4G services gathers pace, the next stage of the region's mobile revolution will be driven by the launch of 5G networks.

This technology, the GSMA estimates, will cover about 30 percent of the region's population by 2025, with Ericsson predicting 17 million 5G subscriptions by 2023. That's almost the same number as the total number of mobile connections two decades previously.

Globally and regionally, several Gulf nations are leading the 5G charge, with a flurry of activity in the past few months.

In Saudi Arabia, the Ministry of Culture and Information (CITC) announced that Al Khobar had become the first city in the region to test a 5G network. The ICT regulator notes that the move came ahead of wider plans to convert test-and-trial licenses into full 5G license awards later in the year.

As the International Telecoms Union (ITU) remarks: "Saudi officials [are] eager to showcase the kingdom's ambitious plans to test and roll out transformational 5G services." These moves, it notes, are in line with "the country's plans to build a leading modern economy as outlined in its Vision 2030".

Over in Qatar, Ooredoo said it is now offering "the first commercially available 5G network in the world", part of a 3.5GHz band '5G Supernet deployment'.

This network covers major areas of the capital, Doha, such as the Pearl Qatar, Hamad International Airport, Katara Cultural Village, as well as the downtown West Bay area, Corniche and Souq Waqif.

"The company sees strong opportunity for growth with the push towards 5G services," its 2017 Annual Report said, remarking that its 5G Speed Experiences demo on Qatar National Day in December 2017 had offered users speeds of up to 1Gbps.

In May 2018, the UAE telecom provider Etisalat also announced the launch of the first commercial 5G network. Although, as the UAE-based newspaper The National observed, this "will be fixed wireless services at selected locations rather than free-to-roam services".

These eye-catching developments exemplify the ambitions of these Gulf counties, as each nation seeks to carve out a leading role on the global IT stage.

Reflecting on these recent announcements, Ray Le Maistre, editor-in-chief of online analysis portal Light Reading, commented: "A quartet of Middle East operators -- du and Etisalat in the United Arab Emirates (UAE), Qatar's Ooredoo and Saudi Arabia's STC -- all claim to have launched 5G networks in what looks like a race for regional superiority," he wrote.

"But with a discernible lack of 5G devices to connect to such networks, does having a 'live' network mean anything of substance?"

Perhaps not right now, but operators and countries across the region are putting in place the building blocks to harness this infrastructure in the next few years.

Saudi telecom provider STC, for example, has previously outlined partnerships with Huawei and Nokia, with the intention of launching a 5G network in the kingdom this year. Ericsson and others have also been active in trials across the region.

Du, the UAE-based telecoms provider, did something similar in 2016, with the establishment of the UAE 5G Innovation Gate (U5GIG), a consortium of technical and academic experts, as well as global telecom vendors, designed "to bridge the gap between telecom industry and academia in UAE by establishing and maintaining close, productive collaborations with academic institutions, industry and the community".

One key component of du's strategy is the creation of a 5G Innovation Lab to prototype, test, and validate early 5G and Internet of Things equipment and services.

"U5GIG will also allow universities and technical organizations across the UAE to work together and participate in the development of the 5G ecosystem, and for academia and industry to test applications and technologies in a real-world setting," it announced last year.

For any country moving into the 5G arena, it's essential to address issues of spectrum readiness and the availability of 5G-enabled equipment, as well as understand the opportunities for new services.

Alongside these important practical and strategic considerations, the cost of new networks is a further consideration for operators and governments alike.

Majed Almazyed, chair of Saudi Arabia's 5G Task Force and deputy governor of CITC for Technology and Infrastructure, has stated the need for private-sector investment in delivering his country's 5G goals.

Deloitte has suggested that this type of investment may look different to previous ones. "We predict that when the time comes for telecom operators to bid on the new 5G frequency bands in the GCC, a new model will arise through which [technology] vendors and operators will partner to finance these licenses," it wrote.

In the Middle East the technology could add $95bn per year to the region's annual gross domestic product, STC's Haithem M Al Faraj, senior vice-president of technology and operations has suggested.

Given these predictions, it's no wonder that Stéphane Téral of IHS Markit has noted that "expectations for 5G are sky high".

"5G stands out as a game changer," Saleh Al Abdooli, Etisalat Group CEO, argued in May, "with rich potential, an evolution that would elevate services, performance, and enablement."

Of course, as Deloitte cautions: "The speed, reach and quality of 5G services will be heavily dependent on regulators creating the right landscape for network expansion investments and supporting timely access to the right amount and type of spectrum."

Nonetheless, it's clear that a number of different stakeholders are enthusiastic about the wide range of possibilities that 5G might unlock.

With the potential to transmit data at speeds of more than 1Gbps, 5G may be the backbone for meeting the region's love of mobile video, as well as the growing demand for connectivity to support the Internet of Things.

It's this last area that Deloitte suggests "will drive fast uptake of 5G in the region, transforming the focus from a consumer-centric cellular coverage to more machine-centric communications".

Some of this potential has already been alluded to. Ooredoo's CEO Waleed Al Sayed has commented how the technology "will provide the necessary foundation to introduce a wave of new innovations, including driverless cars and smart roads, virtual and augmented reality, a national fleet of service drones, and much more".

Alongside these applications, Ericsson has cited the role that 5G technologies could play in increasing industrial digitalization, taking IoT in the region to the next level by building on successes such as "smart agriculture initiatives in Turkey and Africa, remote monitoring of oil wells and temporary networks in case of disasters in Saudi Arabia", and the use of smart meters in South Africa.

"5G will not only improve the speed and efficiency of communication for consumers, it will also enhance the entire mobile services ecosystem," the ITU recently said.

"Beyond the provision of enhanced mobile broadband, 5G technology is seen as an enabler of future innovative services and applications."

The full potential of this may be some way off, but with several Gulf nations already actively looking to this 5G-led future, we may start to see the first fruits of this investment in the not too distant future.

By 2025, there will be more than 50 million 5G connections across the Middle East and Northern Africa, according to a new report from GSMA.

Not that it's likely to be sold in the US...

Join Discussion for: ​5G rollout: Why the Gulf wants to win race...