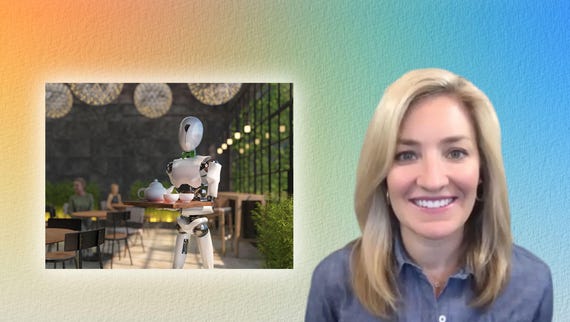 In the next 10 years, robots will take over 50 million jobs
Watch Now

The next five years might see 85 million jobs displaced by new technologies, according to a new report from the World Economic Forum (WEF), although the trend could be balanced out by the creation of 97 million new roles – subject, however, to businesses and governments putting in extra efforts to upskill and retrain the workforce.

While the adoption of technologies that automate human labor has been long-anticipated by analysts, who have predicted the start of the "Fourth Industrial Revolution" for years now, 2020 has come with its share of unexpected events, and they have greatly accelerated changes that could threaten the stability of the labor market sooner than expected.

The COVID-19 pandemic has fast-tracked most businesses' digital transformation, bringing remote work into the mainstream but also sparking CIOs' interest in new technologies. Surveying 300 of the world's biggest companies, which together employ eight million people around the world, the WEF found that an overwhelming 80% of decision makers are planning on accelerating the automation of their work processes, while half are set to increase the automation of jobs in their company.

Industries like finance, healthcare and transportation are showing renewed interest in artificial intelligence, while the public sector is keen to increase the use of big data, IoT and robotics.

But the automation of work, which is already a hot topic for many experts, is now expanding alongside a job market that has been hugely disrupted by the global recession triggered by the health crisis. Unemployment rates are rising in most countries, and workers most likely to be affected typically come from already disadvantaged backgrounds.

Recent estimates from the International Monetary Fund (IMF) show that almost $11 trillion has been deployed around the world to help households and businesses withstand the crisis. The WEF, however, argues that long-term planning is now necessary to help unemployed workers bounce back, as the skills they might need change as quickly as businesses start adopting new technologies.

CIOs are effectively banking on AI systems and machines to carry out tasks that would have previously been taken on manually. For example, the WEF predicts that in 2025, machines will be performing up to 65% of information and data processing and retrieval, leaving only 35% of the job to humans.

This means that some roles are set to become increasingly redundant in the next few years. Data entry clerks, accountants and auditors, and factory workers are among the jobs that the WEF expects to be particularly displaced by automation.

At the same time, growth in so-called "jobs of tomorrow" will offset the lack of demand for workers in jobs that can be filled by machines. Leading the polls for positions in growing demand are roles linked to the green economy, data, AI, and cloud computing. Think data analysts, machine-learning specialists, robotics engineers or software developers.

Jumping from a redundant job to one in high demand is no easy challenge. The "jobs of tomorrow" will require new skills; in fact, the vast majority of employers (94%) surveyed by the WEF said that they expected employees to pick up new skills on the job.

The past few months have seen employees and employers alike getting started with tackling the issue. The number of individuals engaging with online learning from their own initiative has grown four-fold, while three-quarters of companies reported looking at ways to provide reskilling and upskilling opportunities to the majority of their staff.

What's more, the barrier to entry for emerging jobs does not seem insurmountable. Investigating the LinkedIn pathways of various professionals, the WEF found that some roles appear to be easier to transition into than others. Data and AI professions, sales, and even engineering jobs are, according to the report, "easier to break into".

SEE: Robotics in business: Everything humans need to know

Despite some optimism, the WEF re-iterated that strong action will be needed, in the new context of a global recession, to avoid widescale job losses. "This year we find that while technology-driven job creation is still expected to outpace job destruction over the next five years, the economic contraction is reducing the rate of growth in the jobs of tomorrow. There is a renewed urgency to take proactive measures to ease the transition of workers into more sustainable job opportunities," reads the report.

"As the frontier between the work tasks performed by humans and those performed by machines and algorithms shifts, we have a short window of opportunity to ensure that these transformations lead to a new age of good work, good jobs and improved quality of life for all. In the midst of the pandemic recession, this window is closing fast."

Only 21% of companies are currently able to use public funds to support employee reskilling. The solution, said the WEF, is no less than "a revolution" in the way that training systems operate, so that governments actively support businesses as they turbo-charge their employees' skills.

Without proactive efforts from the private and the public sector, however, the inequalities that the pandemic has heightened are set to deepen even further. "Jobs held by lower-wage workers, women and younger workers were more deeply impacted in the first phase of the economic contraction," said the WEF. "Inequality is likely to be exacerbated by the dual impact of technology and the pandemic recession."

Join Discussion for: Technology is about to destroy millions of...