The Telstra Labs team has been working on developing and trialling drones as flying mobile base stations to be used in natural disaster-impacted areas.
Written by Corinne Reichert, Senior Reporter on Sept. 19, 2018 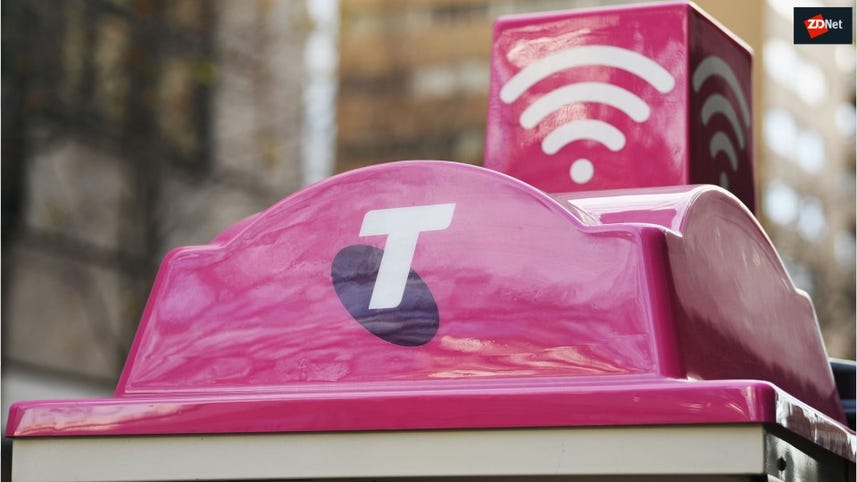 Telstra has announced that it is designing and testing drones kitted out with small cells to be used as portable mobile base stations that provide 4GX coverage to a wide area.

The telco, which has dubbed the offering a "cell on wings", said it could be used in disaster management scenarios where communications needs to be re-established.

"What this will do is bring capacity to areas, particularly natural disasters, very quickly after that event," current COO and incoming CFO Robyn Denholm said during her Telstra Vantage 2018 keynote on Wednesday.

"If you think about it, if there is a natural disaster, the most important thing is getting communication back out of that on a particular area -- and typically, if there's been a fire or a flood, the infrastructure around the network is compromised, so if we can actually fly something in there and get the first responders to use that, we think that's a very good use case."

Telstra CTO Håkan Eriksson told media that the drones can also be up in the air providing coverage for up to a week by tethering them to the ground using a cord that's 100 metres long and weighs just 2.5kg.

They can also be used to relay backhaul to a nearby base station.

Telstra is also trialling the use of drone swarms to capture information and provide mapping on areas hit by a natural disaster, or to find a missing person.

"Drone swarms will be able to be deployed routinely to simultaneously cover and search a large area -- something that could save lives in an emergency rescue situation, and time and money in less dramatic situations," Telstra explained.

Once 5G has been widely deployed, this will also allow for large data sets including high-resolution video to be streamed back to the drone operators.

"5G's low latency may allow much more precise real time control over drones and other remotely operated vehicles over the next decade," Eriksson added.

"Network connectivity is the foundation for drones cooperating safely in the airspace, and we are looking at how Telstra's network will be able to enable safe airspace traffic management in a future where drones are commonplace."

Networking giant Nokia has also been piloting the use of drones in natural disaster situations, in February telling ZDNet that it is working on a framework for drone usage in Australia with a particular focus on public safety.

Telstra smart cities the focus of next 5G launch

Telstra will activate its 5G mobile network across another regional centre next as part of a focus on smart cities, with the telco also revealing a 5G partnership with the Commonwealth Bank on 'mobile banking of the future'.

In an effort to prevent water wastage and bring down customer bills, Telstra announced that it has been trialling its Digital Water Metering solution with water utilities for a year.

Telstra's Connected Workplace offering will combine fixed and mobile applications and messaging services, and will launch before Christmas.

How drones are changing farming in rural Japan (TechRepublic)

Drones may be the future of rice farming in Japan, as the next generation of farmers trade the field for the city.