The message comes a day after Musk tweeted that he had "funding secured" for taking Tesla private at $420 a share.
Written by Stephanie Condon, Senior Staff Writer on Aug. 8, 2018 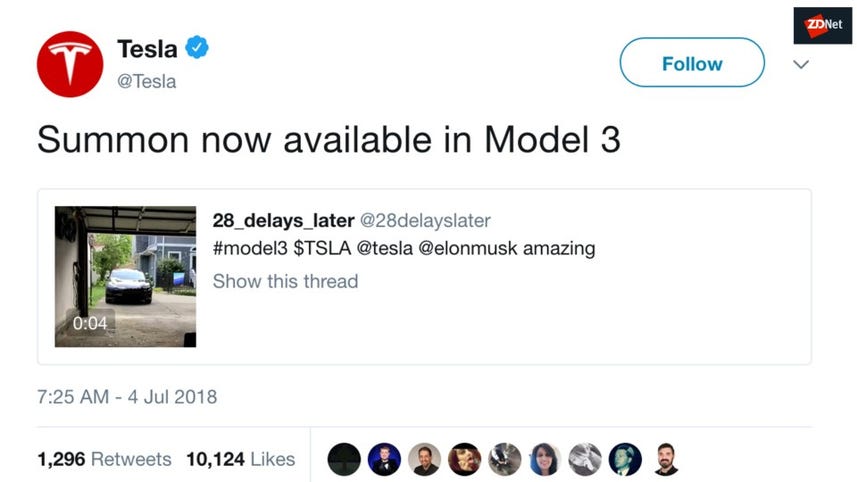 Six of Telsa's board members on Wednesday confirmed they've met several times over the past week with CEO Elon Musk to discuss taking the company private.

​What is Hyperloop? Everything you need to know about the future of transport

Hyperloop technologies could revolutionise travel: here's everything you need to know about the technology and the companies involved.

The confirmation came a day after Musk first mentioned the idea publicly on Twitter, sending the stock market into a tizzy.

Last week, Elon opened a discussion with the board about taking the company private. This included discussion as to how being private could better serve Tesla's long-term interests, and also addressed the funding for this to occur. The board has met several times over the last week and is taking the appropriate next steps to evaluate this.

The Tesla CEO's Tuesday tweet came seemingly out of nowhere.

In it, however, he made some eye-popping statements: Taking Tesla private at $420 a share would value the electric car company at around $70 billion, much higher than its current market cap. That price would also make the deal the biggest leveraged buyout ever. Meanwhile, Musk's statement that funding was "secured" raised questions about who would provide the funding and whether such information was being properly disclosed.

The Wall Street Journal reported Wednesday that the US Securities and Exchange Commission (SEC) is investigating whether Musk's statements are true and why they were made via Twitter.

Also: Elon Musk and the cult of Tesla: How a tech startup rattled the auto industry to its core TechRepublic

If funding is not "secured," Musk's assertion on Twitter could amount to securities fraud. On top of that, using Twitter to report material information about a public company falls into legally dicey territory. As Fortune points out, the SEC a few years ago established what's known as the "Reed Hastings rule," following an investigation into the Netflix CEO's public statements: The rule says that social media is an acceptable way for a company to communicate material information as long as investors have been told to watch social media channels.

Wednesday's statement from the board said the members discussed funding with Musk, but it did not give any further details on where such funding would come from.

After Musk's tweet on Tuesday, Tesla shares were up by more than 10 percent before the Nasdaq halted trading.

Later on Tuesday, Musk shared an email sent to Tesla employees, confirming that his tweet wasn't just a joke.

The man building a spaceship to send people to Mars has used his South by Southwest appearance to reaffirm his belief that the danger of artificial intelligence is much greater than the danger of nuclear warheads.

At times rambling and meandering, Musk still managed to be engaging. Here's what it's like to watch him live.

Tesla CEO Elon Musk said the company had grown 'complacent' about its core technologies, leading to a production slowdown.