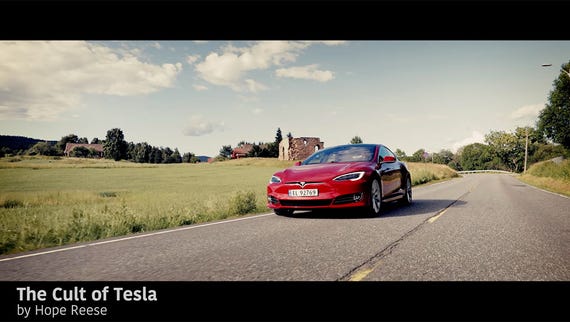 The cult of Tesla

Tesla could be close to signing a deal to produce cars in China for the first time, according to Bloomberg.

A factory in the world's largest auto market would allow Tesla to bypass a 25 percent import tariff and make pricing of the Model S and Model X in China more on par with what Tesla offers in the US.

The deal being considered would allow Tesla to produce the electric, self-driving cars in Shanghai's Lingang development zone, Bloomberg reported. Tesla will need a local manufacturing partner under existing law, and it's not clear who that may be. A deal could be announced as early as this week.

Tesla has seen a boom in China sales over the past year, seeing revenue triple to $1 billion in the country. In May, China's Tencent Holdings bought a 5 percent stake in Tesla for $1.78 billion and could help Tesla gain a stronger foot hold in the country.

Earlier reports this year said Tesla was considering a factory for Guangdong, but a Tesla spokesperson shot the rumors down. Tesla is currently producing cars at its assembly plant in Fremont, California, that was purchased from Toyota in 2010 for $42 billion.