A few strands of DNA have managed a task that few humans can.
Written by Charlie Osborne, Contributor on Jan. 2, 2020 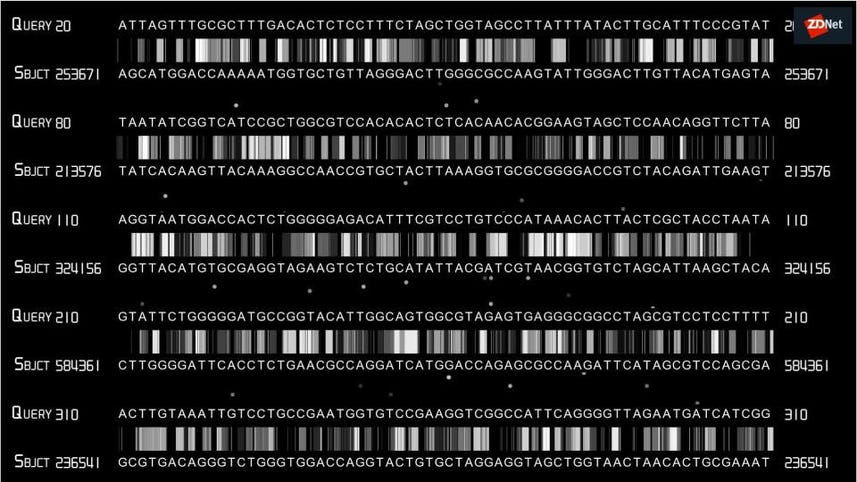 A biocomputer has demonstrated the advanced computational capabilities DNA-based architecture could bring to future PCs by calculating the square root of 900.

As reported by New Scientist, academic researchers from the University of Rochester, New York, have created a computer that uses a total of 32 strands of DNA -- chains of deoxyribonucleic acid that contain our genetic material -- to create a form of "biocomputer" able to store and process data.

Biocomputers are loosely described as synthetic biochemical logic circuits and recent experiments have involved the creation of logic gates -- used in microprocessors and microcontrollers, among other systems -- to turn input into a logical output via DNA storage.

The team, made up of Chunyang Zhou, Hongmei Geng, Pengfei Wang, and Chunlei Guo, has now created a biocomputer that they say is able to surpass previous limitations.

In order to manage the computation of square roots, a system must be able to hand 4-bit binary numbers, requiring the development of a 10-bit logic circuit. 32 strands of DNA provided the means for the scientists to boost the performance of logic gates via hybridization, in which chains of DNA were linked together to form double strands.

These strands, after being programmed for the purpose of calculating square roots, are subject to strand displacement (.PDF) -- a method proposed in molecular computing to eradicate interference or noise in DNA devices -- and their input signals are colored using fluorescence.

Every square root from 1 to 900, including 4, 9, 16, 25, 36, and so on all were assigned a different color value. Once processed through the logic gate, the team was able to analyze the DNA signals and their square root answers were displayed through their colors.

"It can calculate the square root of a 10-bit binary number (within the decimal integer 900) by designing DNA sequences and programming DNA strand displacement reactions," the paper reads. "The input signals are optimized through the output feedback to improve performance in more complex logical operations."

Speaking to the publication, Guo said the experiment "holds great promise" for improving the current computational capabilities of silicon-based hardware in the future.