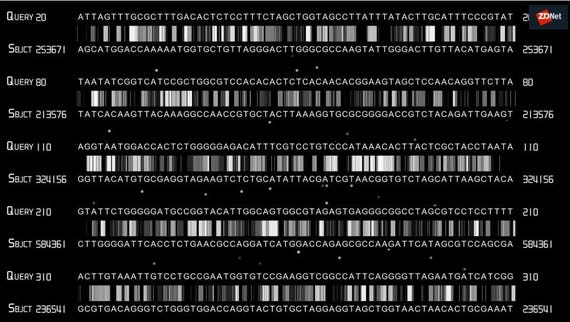 A judge has approved a warrant for law enforcement to access the database of DNA profiler GEDmatch, a landmark ruling which may have serious privacy implications.

Databases of genetic information, hosted by private companies including Ancestry.com and 23andMe, are a lure few police officers can ignore.

DNA matches could provide the answers to criminal investigations gone cold; however, the question of whether the police should have access to the extremely sensitive DNA information of the masses in the quest for the few has raised a series of ethical and privacy complications.

Ancestry.com has pledged to only release user information in response to a valid warrant, trial, grand jury or administrative subpoena. 23andMe says the company "do[es] not share customer data with any public databases, or with entities that may increase the risk of law enforcement access," and data will not be released unless required for legal compliance.

A smaller organization, GEDmatch, permits users to opt-in for their data to be used for law enforcement purposes. GEDmatch does not offer DNA testing kits, instead, users can upload their profiles to compare matches and genetic markers with others.

It is this DNA service that has become central to a ruling which may give the police additional backing to plunder DNA companies in the future, as reported by The New York Times.

Last week, Detective Michael Fields of the Orlando Police Department told attendees at the International Association of Chiefs of Police conference that he had managed to obtain a warrant from a judge permitting him to search the full GEDmatch database, containing the profiles of roughly one million users.

CNET: IBM calls for regulation on facial recognition tech instead of bans

The warrant was issued in July and GEDmatch complied within 24 hours. According to the Florida detective, leads have been generated but no arrests have been made as of yet.

This appears to be the first time that a judge has approved such a warrant, and it may not bode well for privacy advocates. This may open the floodgates for warrants being issued against larger players, such as Ancestry.com, and faced with legal backing, these companies will be forced to comply.

It is not just those that take DNA testing kits or upload their profiles to comparison services that are impacted, either. It is also possible for individuals that have never submitted their DNA information to be tracked through family members that have.

While the opportunity to catch criminals and close long-term investigations through these treasure troves of data holds incalculable value to law enforcement, the question remains: is it acceptable to give agencies access to the DNA of millions of innocent people in the quest for a handful of suspects?

DNA companies may try to restrict law enforcement through strict terms of service, but if these continue to be overruled in the future, this could be an indication that any genetic information you hand over to a private organization is no longer likely to be kept from the hands of the police.

Fields, however, would like to see these databases become common repositories of information for investigators.

"You would see hundreds and hundreds of unsolved crimes solved overnight," the detective told the publication. "I hope I get a case where I get to try."

ZDNet has reached out to GEDmatch and will update if we hear back.