The armband had incredible potential in the field of prosthetics.
Written by Charlie Osborne, Contributor on Oct. 15, 2018 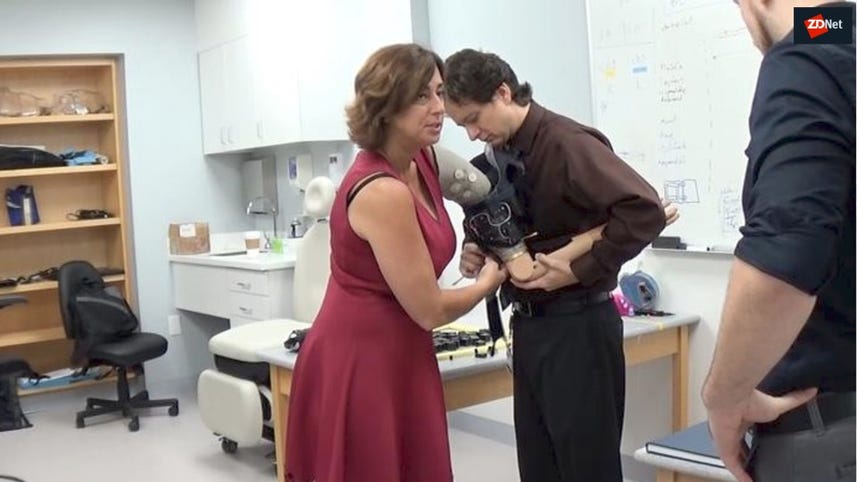 Canadian firm Thalmic Labs has announced the end of sales of the Myo armband, a gesture-control device which was being explored in the realm of prosthetics.

Last week, Thalmic Labs co-founder Stephen Lake said in a Medium post that sales of the Myo Gesture Control Armband were officially ending, despite the device's popularity with researchers and developers.

The Myo armband used electromyography (EMG) sensors to measure and record electrical impulses given off by our muscles. By digesting these pulses, the armband would control a device based on the gesture, which, in turn, made the armband an "extension" of our actions.

The use of EMG in consumer devices was a new concept, and as ZDNet found in a review of the $199 device, there were teething issues.

Myo was touted as a means to "wirelessly control technology with gestures and motion." You slipped the armband on to your forearm and set up the device by registering a range of muscle motions, such as making a fist or stretching out your fingers.

These motions and the EMG data created through them are then used to control other devices.

ZDNet did find the armband to be uncomfortable over long periods of time and the "one size fits all" approach at the time of the review made the product fall short for female wearers. In addition, the gesture recognition control technology -- back in 2015, at least -- needed improvement.

Despite some issues, which over time were improved upon, the armband captured the imagination of researchers, engineers, and developers worldwide.

A team from John Hopkins used the armband to give a man who lost his forearm due to cancer improved control over his prosthetic, and Canadian students won the Microsoft Imagine Cup by creating an inexpensive prosthetic arm which made use of Myo sensors.

Lake says that while Myo's story has now ended, a new product "entirely different from Myo," requires the team's "full attention and focus."

"As a commitment to those who have embraced Myo, we'll continue to provide customer support for anyone who has bought one and have no plans to change that," the executive added. "As for what's next...we'll get back to you soon."

It's a pity that Myo is now over -- at least, in terms of sales and its current evolution. However, the device did demonstrate the potential applications of EMG in the field of prosthetics, and hopefully others -- or perhaps the company itself -- will continue to explore the attributes of the technology.