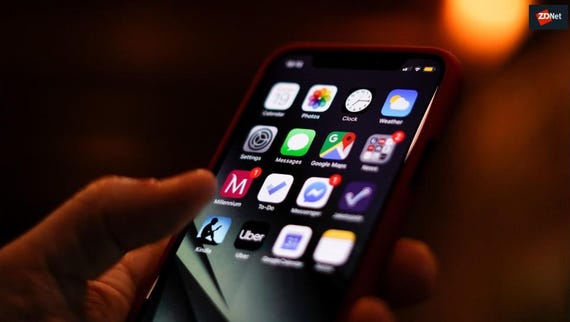 Why Apple and Microsoft should be allies, not rivals
Watch Now

One of the things about Apple that never ceases to amaze me is how the company can make the boring and mundane seem new and exciting. Combine that with an unnerving ability to be able to make eye-watering large price tags seem almost charitable, and you begin to see why the company is the success it is nowadays.

Must read: Poor battery life after installing iOS 12.4? Try this

The excitement is building ahead of the official unveiling of the iPhone 11, expected to happen September. But all the rumors and leaks, combined with the experience of how Apple operates, suggests that while Apple will push the 2019 iPhone 11 as the best iPhone ever, the reality is that it will bring with it most of the flaws and annoyances of the previous generation.

Not convinced? Pull up a chair while I explain.

From dumping features such as the headphone jack to unnecessarily tweaking with features that already worked well, to launch bugs that take time to fix, new iPhones are an annoyance.

While on their own dropping the headphone jack for Bluetooth or making the leap from Touch ID to Face ID doesn't seem all that big, the cumulative effect of constant tweaking and change means having to continually adjust your workflow around Apple's desire to have a new feature to put on the box.

Then there's having to deal with a new iOS release. Again, more change, and much of it simply because of a desire to have something new to talk about.

When was the last time you heard someone complain about the speed of their new iPhone? Or the camera quality? Or about the display? No. People don't care, and yet these are the areas that Apple seems to focus on.

When I talk to users, what I hear them being dissatisfied about are things like battery life and durability, and yet these seem to be aspects of the iPhone that Apple is neglecting. I think that having twice the battery life or a super-durable display would be far more exciting than a faster processor or a camera that's slightly -- almost imperceptibly -- better than the old one.

And you don't notice just how bad things like the battery life on the iPhone truly is until you start looking around at Android devices and realize that far cheaper handsets -- such as the Moto g7 Power -- have vastly better battery life and overall durability. Rather than focus on features that would benefit tens of millions, Apple seems to be focused on gimmicks like Animojis.

And despite the focus on aspects such as the camera, there are devices out there with much better cameras. Handsets like the Huawei P30 Pro blow the iPhone out of the water.

No matter what Apple says, the iPhone is not the best handset out there.

Apple also seems to be behind the curve in terms of adopting new technologies. For example, it seems that 5G iPhones won't hit the market until late 2020, which for those who like to be at the bleeding edge of technology -- and pay big money for the privilege -- means either having to wait or buy an Android device.

Crazy expensive. An iPhone XS Max starts at $1,100, going all the way up to $1,450. The cheapest iPhone in Apple's lineup is the aging iPhone 7, a handset that's coming up to its third birthday, and this starts at $450.

From any other manufacturer, $450 buys you something much fresher and better.

This trend of focusing on ever more expensive iPhones is something that I see Apple doing for the foreseeable future because it is a way to keep revenues up in the face of falling unit sales.

While it's likely that Apple will throw a bone to those looking for a "budget" iPhone, the emphasis will be on selling expensive iPhones, because iPhone buyers have shown themselves to be willing to pay big bucks.

Yes, we've brought this upon ourselves.