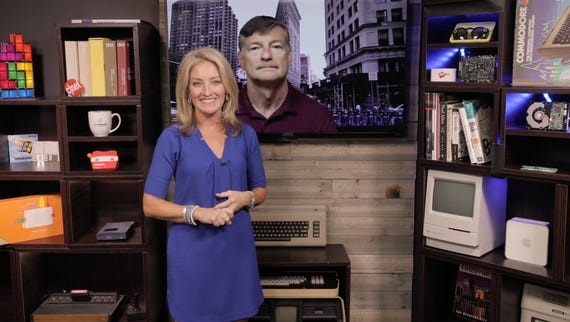 Apple is hours away from unveiling the new iPhone, but it seems like this release is more about small evolutionary increments than it is about revolutionary leaps forward.

It's once again time to turn our attention to what is probably the most influential smartphone launch of the year: The new iPhone. WWDC 2019 is a distant memory, and iOS 13 is in beta (and is at that quite awful place), so it's time to think about what the new iPhone might have to offer.

So, what do we know about the next iPhone?

Apple will unveil the iPhone 11 on Sept. 10 during a special event at Steve Jobs Theater in Cupertino, Calif. The company sent out invites featuring the tagline "By innovation only" and a modern version of the classic multi-color Apple logo.

There's not a lot to the invite, so I'll leave it to readers and members of the press to analyze it and try to work out what it means.

Although we're using iPhone 11 in this article, there's no certainties at this point. iPhone 11, iPhone 11 Max, and iPhone 11R works well and rolls off the tongue as well as anything does.

iPhone XI is another possibility, following in the footsteps of the iPhone X and iPhone XS/XR (where X is pronounced "ten," although given how many people I know call it "X," there's clearly a lot of brand confusion out there).

Other possible names include iPhone Xs or iPhone X Plus.

Another possibility is that Apple simplifies the line-up and switches to calling the new iPhone simply iPhone or iPhone Pro.

Well, the timeline that we were used to was a September launch. However, when Apple launched the iPhone 8 and iPhone 8 Plus in September 2017, the iPhone X didn't land for another month. Last year, the iPhone XS and XS Max launched in September, with the cheaper iPhone XR following on in October.

The consensus this time around is that Apple won't be staggering releases this year, so we can expect the new iPhones to be unveiled and released all in September.

Now let's move on to the exciting stuff.

Coming to the camera, this is basically where it's at this year. The new iPhone it widely expected to feature three cameras embedded into a square module on the rear of the smartphone. One of those cameras will be a wide-angle camera designed for a new feature called Smart Frames that captures the area around the outside of photos and videos, allowing for reframing during editing.

Another feature rumored to make an appearance is bilateral wireless charging, which will allow the iPhone to wirelessly charge other iPhones and AirPods (a similar feature was added to the Samsung Galaxy S10 earlier this year)..

There's also a rumor that Apple is working on an iPhone that ditches the expensive laser emitter used by the Face ID and brings back Touch ID, which would retail for around the 5,000 yuan ($730) price point, the preferred price point in the Chinese market.

It's been long rumored that Apple will drop the 3D Touch pressure-sensitive feature from the new lineup of iPhones, partly down to cost and complexity, but also because it's not a feature that users have warmed to.

iPhone 11: What about better battery life?

There are a number of credible rumors suggesting that battery capacity will increase by between 2 and 20 percent, depending on model. Whether this will offer increased battery life, or just offset increased power demands.

There's currently quite a difference in battery life between the iPhone XS Max and the iPhone XS (ZDNet's sister site CNET measured the difference at four hours), and there's always room for improvement in this area.

Don't hold your breath for any of the following:

Here are some of the best renders I have seen: