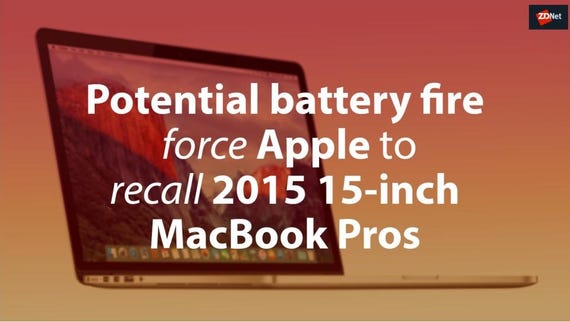 Everything wears out eventually, but with a little bit of care and attention, a rechargeable battery can give you years of reliable and safe service. However, there's a lot of voodoo written about how to take care of the rechargeable batteries inside smartphones, tablets, or notebooks.

While a bit of care can make all the difference, you don't need to treat the battery like a sick pet. It's been designed and built to do a job, so most of the time you can just let it get on with that job.

I have a second-generation iPod nano that I bought around December 2006, and a first-generation iPod touch I picked up in 2008 that still has the original battery installed, and they both work.

I also have an iPhone 6 Plus with over 900 recharge cycles that are still going strong.

Even without much care at all, modern batteries have great lifespans. Only the other day I replaced a battery in a MacBook Pro that had over 1,900 recharge cycles, well over the 1,000 that Apple consider a working lifespan.

So, how do you get the most out of Li-Ion rechargeable batteries?

Every battery has a finite lifespan, and this is given as the "recharge cycle" or "battery cycle." Put simply, this is the number of charge/discharge cycles that a battery is expected to endure before it is no longer fit for service. Some hardware manufacturers publish this figure while others do not. For example, Apple makes this information available, stating that the iPhone battery is designed to retain up to 80% of its original capacity at 500 full charge and discharge cycles, while the MacBook Pro or MacBook Air is designed to deliver up to 1000 full charge and discharge cycles before it reaches 80% of its original capacity.

You can find out how many times your MacBook's battery has been recharged by clicking on the Apple logo on the menu and then About This Mac, followed by the System Report button. From there, click on Power under Hardware and look for Cycle Count.

For a Windows 8 or Windows 10 system, fire up a Command Prompt and type in:

This will generate a report in HTML format and save it into your user account folder.

Some people think that they can dodge this charge and discharge by topping up their battery regularly, so the battery doesn't get fully discharged. Unfortunately, as Star Trek's Mr. Scott was fond of saying, "you cannae change the laws of physics." If you only let your battery discharge by 25%, then doing this four times counts as a single cycle. Same goes if you do five charges after 20% discharge, or even 20 recharges after 5% discharge.

What you can do though is prevent unnecessary cycles by keeping devices plugged in and charging where possible. However, be smart about this, only leave things plugged in when they are in use and don't leave them on charge all the time as this can cause heat to build up, which itself will damage the battery.

In other words, don't put the battery through unnecessary cycles. Understand that I'm not saying keep the device on charge all the time -- that would also be bad for the battery because it needs a regular workout to keep its internal chemistry in good condition.

Just be aware of wasting cycles.

MacBook not charging? Here's what to check SEE FULL GALLERY

Some people say that you shouldn't allow a Li-Ion battery to become fully exhausted before recharging; other people say it doesn't matter.

The truth is, with modern Li-Ion batteries, it doesn't really matter because their discharge is closely regulated by onboard circuitry. While it's best not to hammer them flat regularly (because that, along with a combination of age or low temperatures might cause problems), on the whole, it's not an issue.

Old NiCd (Nickel Cadmium) batteries could discharge to such a point where they would become impossible to recharge (those batteries also didn't like being charged too often, and were much more sensitive to temperature variations than modern batteries).

The same goes for lead-acid batteries, which also don't take too well to being discharged too much unless they are rated for "deep cycle."

Use the proper charger

I'm a big believer in using the right charger for the right device.

It might be more convenient to pack one charger and a bunch of cables for trips, but for long-term usage, you're better off using a charger designed for your device because that's delivering the right amount of power for the battery. Regularly using a charger that delivers too much or too little power will ultimately affect the longevity of the battery.

If you are going to go down the third-party charger road, then make sure it is from a reputable brand. No-name junk might look and feel like an original charger, but based on testing I've carried out I've found that what comes out of the cable can vary wildly. I've also seen cheap chargers pour out masses of acrid smoke, or even blow up while plugged in. Those aren't the sort of dramas I like to see happening at home (when my family and I might be asleep) or at the office.

Does it really make sense to hook up an expensive iPhone to a cheap dime-store charger? I don't think so! While battery protection circuits built into devices do a good job of shutting off any power that could damage a battery, poor quality chargers can still do a lot of damage, causing voltage spikes and overheating.

Keep an eye on the temperature

Room temperature -- around 20°C/70°F -- is the best temperature for charging equipment. However, since we don't all live in climate-controlled rooms, we can extend this range out to 5 to 45°C (41 to 113°F). Anything to either side of this and things can get bad for the battery. This is especially true for charging the battery at temperatures below 0°C/32°F, which can permanently damage the battery.

Battery chemistry can play a part here -- some batteries have better temperature tolerance than others -- so if in doubt, check the specs.

Subjecting Li-Ion batteries to temperature extremes can also physically damage the battery, causing it to warp or crack. This, in turn, can damage the device containing the battery.

I suggest keeping your device away from prolonged exposure to direct sunlight (for example, don't leave it on the dash of your car on a hot day), and to keep in in your pocket on cold days.

If you want to keep an eye on the temperature of the battery in your Windows or Mac laptop, numerous utilities will let you do that (For Windows, Passmark BatteryMon is excellent, for Mac my choice would be TG Pro).

Drops and falls can damage batteries, causing them to leak a cocktail of corrosive chemicals, all of which are bad for electronics, not to mention your skin should you happen to get any on you.

If you do encounter a damaged battery, take care. While fires are rare, an angry battery pack is quite a dangerous beast.

What should you do if you plan on storing your device for an extended period? The normal instinct is to fully charge the device, but I've found that only charging it up partially -- around 50% -- is what most makers recommend because this allows for a more even distribution of lithium ions in the battery.

Storing a battery in the discharged state can push it to the point where it won't recharge (usually because of safety features built into the battery or charger), and storing a battery fully charged can shorten its life by causing the battery to swell up -- which can even damage the device.

Long-term storage is best done as close to room temperature as possible. So avoid really cold rooms or keeping the device next to a hot window or heater.

No matter how well you take care of a battery, eventually it will die. Fear not though, because replacing the battery inside most devices is both simple and cheap.

Take a look at the great information, parts, and tools over on the iFixit site.

Recalls aren't carried out lightly by companies, and if you have a product that is affected, it's wise to follow the recommendations, ascertain if your product is affected, and if it is, seek the appropriate remedy.

Yes, it can be a nuisance to have to stop using a product or exchange a battery, but it's much more of a hassle to deal with a house fire.

You can get news on recalls in the US from the CPSC, but large recalls associated with consumer electronics products generally make headlines, which helps get the word out a lot.

Join Discussion for: How to get the longest life out of your battery...