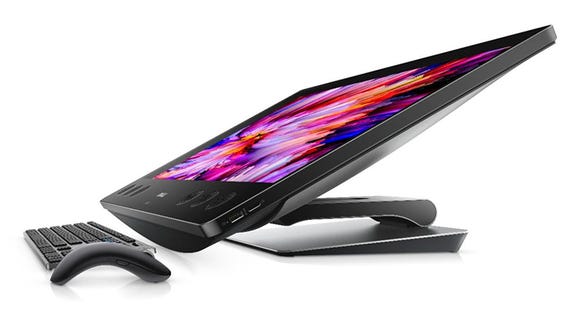 Make no mistake about it: The 2016 Dell XPS 13 Developer Edition laptop is wonderful. It's fast. Its display is gorgeous. And, at less than three pounds, you can carry and code with it anywhere. But, oh, that price tag!

This is a really sweet design. The display bezel is only a quarter of an inch thick. This is as close to a real "edge-to-edge" display than I've ever seen. The 13.3-inch display itself is also sweet. It's a 3,200×1,800 touchscreen. For those playing along at home, that's 280 pixels per inch -- 40 more than my prized 2015 Chromebook Pixel and 60 more than a MacBook Pro with Retina.

The display is powered by Intel's Iris 540 GPU. It looks, in a word, great. At 13.3 inches, the screen is a bit small for my taste, but I'm not complaining.

There's one oddity here. To maximize the screen real-estate while leaving as little bezel as possible, the 720p webcam ended up in the bottom-left corner of the display. It matters less in practice than I thought it would, but it's still a little odd.

The system itself is powered by a dual-core, 2.2GHz 6th-generation Intel Core i7-6560U Skylake processor. This is one fast system. It's meant for developers -- and they need all the speed they can get.

It boasts 16GBs of DDR3 RAM and a half a terabyte PCIe solid state drive (SSD). This also helps make it a fast system.

How fast? Using the installed Ubuntu Linux 14.04.3 with its developer tools, I was able to compile its Linux 3.19 kernel in about three minutes. If I'd optimized my tools, I think I could have dropped that to less than two minutes.

Of course, you can compile Linux faster. To really compile in a hurry, try an Intel Xeon E5 chip. But on a laptop? I don't think you're going to do much better.

The XPS 13 offers just two USB 3.0 ports: A Thunderbolt 3/USB 3.1 Type-C port, and a DisplayPort 1.2 video output port. It also comes with an SD card reader and an audio jack. I'm not sure what the Thunderbolt port is doing there. (Does anyone use Thunderbolt now?) But the USB 3.1 side of the chipset will get used.

There are no HDMI or Ethernet ports. On the other hand, with the built-in Intel 8260 Wi-Fi chipset, maybe you don't need the Ethernet port anyway. The built-in Wi-Fi supports both 802.11ac Wi-Fi and Bluetooth 4.1.

The Wi-Fi is much better in this model than it was in earlier versions of the Dell XPS 13. These models, with their Broadcom Wi-Fi chipsets, often proved troublesome.

The keyboard is a pleasure to use. I'm not crazy about the touchpad, but then I've never met one I really liked. Give me a ThinkPad TrackPoint any day.

The hardware is only part of the story here. Besides using Ubuntu 14.04 as its default operating system, this system is designed for developers. If you just need a system to roam the web or to do day-in and day-out office work, look elsewhere. This is a laptop by programmers for programmers.

Dell will be offering the XPS 13 with the latest long-term support version of Ubuntu 16.04 later this year. In the meantime, you can also update the existing model to Ubuntu 16.04 or any other desktop Linux distribution that strikes your fancy, such as Mint 18.

If you're a serious programmer, it's worth the money.