Data is the fuel that powers the internet economy: whether consumers realise it or not, in order to use pretty much any website or online service, they hand over some form of data, which is then re-used or resold.

It's an exchange that is so common that it's even spawned a catchphrase: if you're not paying for a product, you are the product. 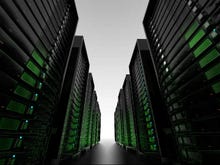 The internet economy is based on the assumption that this data will be freely available and plentiful forever. But what if that's wrong — what if we've already passed 'peak data' and, thanks to increased awareness of the value of their data, consumers are becoming reluctant to share what, until now, they've given away for free?

The internet's reliance on an unending stream of free data could be unwise, according to analysts Ovum. It has conducted a survey in which 68 percent of the respondents across 11 countries would select an online "do not track" feature if it was easily available.

This hardening of consumer attitudes towards sharing data, coupled with tightening regulation, could diminish personal data supply lines and have a considerable impact on targeted advertising, CRM, big data analytics, and other digital industries — opening up a data black hole underneath the internet economy.

Mark Little, principal analyst at Ovum, said a series of data privacy scandals have fuelled consumers' concerns over the protection of their personal data.

The Ovum survey found that only 14 percent of respondents believe that internet companies are honest about their use of consumers' personal data.

Little said many consumers are unaware of the bargain they are striking when they use websites or services. "The privacy policy and the terms and conditions of a website are a very unilateral take-it-or-leave-it contract that most people don't read and if they did, wouldn't understand anyway. In legal terms they have given us the deal and we have accepted it because a lot of sites say 'if you use this site, you have accepted the contract that you haven't read'.

"A lot of people intuitively understand that there is a quid pro quo in trading our data for the services but that's not everyone and also the deal has not been explicitly laid down in front of us."

What if we've already passed 'peak data' and consumers are becoming reluctant to share what, until now, they've given away for free?

Currently consumers have no way of understanding whether they are getting a good deal or not, Little said. "You are giving them an amorphous unknown amount of personal data, the impact of which you have no understanding. There are no privacy metrics in the system and so no consumer can value whether it's worth using, say, Google's search for the amount of data they are giving away."

It becomes even more complicated because the data harvested online can be combined with other third-party data sources that can make the consumer profile richer and more comprehensive, he said: "There is an escalation of knowledge about you after you've made that initial deal."

But as privacy awareness rises, consumers are willing to share less. "The more internet users learn about what's going on the more they're tempted to block," Little said. Indeed, privacy is already being used as a competitive differentiator — Microsoft launched a marketing campaign ' Scroogled ' aimed at luring away users from Google's Gmail service because it scans email to deliver targeted ads.

Little acknowledges there is a disconnect: while people will tell researchers they are willing to enable do not track, not all will actually do so. Nonetheless, "even if half of them acted on that, it would be quite a disruption to the supply of data", he said.

Legislation such as the European E-Privacy Directive (which regulates how websites can use cookies), the do not track feature in browsers (which prevents websites from tracking browsing), as well as a nascent market for privacy products and services, will also limit the amount of data that can be harvested.

"If more and more of those cookies are blocked, that will cut down the quality of the dataset that they receive and potentially create gaps and weaknesses of correlation. On the big data side if you start taking out significant chunks of people who 'go dark', then the correlations will become less valid," Little said. 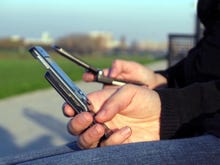 "This situation could lead to a shaking of the internet economy as we see it at the moment. This is not going to happen suddenly — it's going to rise like flooding water."

But he added: "There is a way out of this: the internet economy isn't going to be destroyed by this because it's a very flexible and entrepreneurial organism and it will evolve as it needs to maintain its supply lines."

Little said that companies need to rethink their attitudes and engage with consumers rather than seeing them as a product that can be mined for data on an industrial scale.

Companies should also plan for disruption to their data supply lines, said Ovum, and invest in tools that help them understand the profile of today's negatively minded users who could become "tomorrow's invisible consumers".

Technologies such as personal data vaults — used by consumers to decide how much personal data they are willing to share — could put data-sharing decisions in the hands of consumers, not the big internet players.

Join Discussion for: The data black hole that could suck the life...