The end of snail mail: Our mail carrier robbed us and now the USPS is dead to me

The US Postal Service is unreliable and untrustworthy. Commercial delivery services and electronic payments are the future.
Written by Jason Perlow, Senior Contributing Writer on Aug. 15, 2019 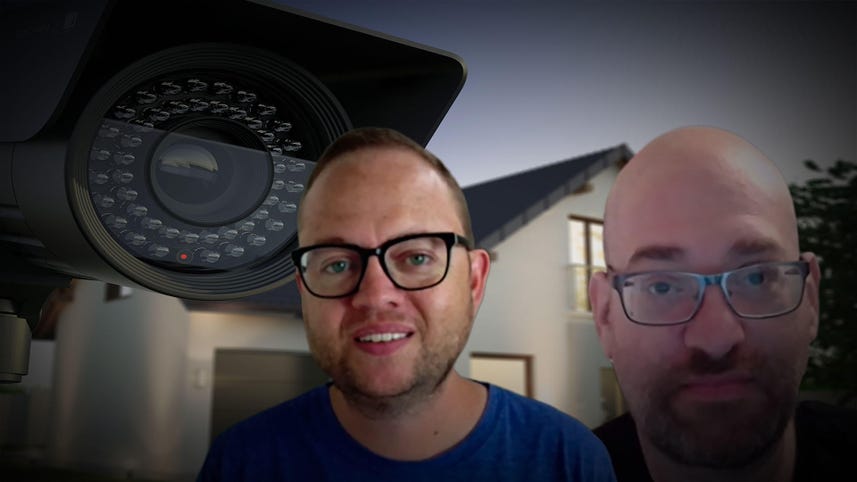 This afternoon, my wife alerted me to something I suspected for some time: Our United States Postal Service (USPS) carrier had been going through our mail.

This breach of trust by USPS comes as a bit of a shock because postal worker Coleen Coleman had been delivering mail to my neighborhood subdivision for years. Our local FOX affiliate, News 7 WSVN Miami, broke the news yesterday -- after a federal sting operation caught her red-handed, opening a tracked envelope filled with cash.

For a while, my neighbors had noticed they weren't receiving things like birthday cards, and their outgoing mail -- such as Christmas cards, destined for relatives overseas -- never arrived. It turned out that, for years, Coleman targeted envelopes containing greeting cards, as they had a high likelihood of having cash and gift cards inside.

I have no idea how many birthdays, anniversaries, and holiday greeting cards mailed to my residence over the past several years were intercepted and opened by Coleman. I have no children, so it's not like anyone missed any birthday gifts or Christmas and Chanukah presents. But I feel violated nonetheless, and I'm left to wonder: What else are USPS carriers doing with my mail?

To those acquaintances who also wonder why they didn't get thank you notes or return cards from us over the years, at least there is a possible explanation. I often get US mail addressed to other people in my town, and I have to track them down. I have no idea if my mail is also being misdelivered, or if someone is opening envelopes that were destined to me.

After this incident, I now suspect all kinds of USPS mishegas occur at my expense.

Do you know who doesn't screw up deliveries or open your correspondence to look for things of value? Automated systems.

When it comes to sending documents, I am all about secure file-sharing services. DocuSign, Sharefile, Zoho, Microsoft OneDrive for Business, GSuite for Business, and any number of other electronic document sharing systems are so much better than using USPS. The electronic paper trail, granular security settings, and notification process give me confidence that the documents in question are not only going to who they are supposed to but are guaranteed to be delivered. Tax returns? E-File all the way.

Also: What's the best cloud storage for you?

As for physical carriers? UPS and FEDEX have fantastic notification and tracking systems. Heck, with UPS, for customers that have enrolled with it, you can watch your package on its route as it gets delivered to you in real-time.

[Edit: For people that live in qualified areas, USPS has a notification service called Informed Delivery which takes a photo of every letter and parcel addressed to you that moves through their system, but I've gotten a number of complaints from people regarding the difficulty in actual recourse when a letter or package doesn't arrive.]

Amazon Logistics, a parcel delivery service  -- that anyone can sign up to deliver packages for, through the Flex program, just like being an Uber driver -- is new to the game, but it is already doing cutting-edge stuff. Amazon Key for Prime is another new service that allows Amazon's parcel carriers to deliver packages to your garage, or even inside your front door, using a specially supplied smart lock.

I have a Chamberlain MyQ-enabled garage door opener that is Amazon Key-compatible. We use it to allow different folks in and out of the house when we aren't around, and it notifies me, through an app, whenever it opens and closes. I'm starting to warm to the idea of in-garage delivery -- simply due to all the reports I hear about Amazon packages being stolen on patios in our general neighborhood (many thieves have already been caught in the act on Ring devices, which store video of the crimes on Amazon's cloud and are used by law enforcement to catch the criminals.)

I don't think it is necessarily a problem with our development, per se, because it is a gated community. But, hey, a USPS carrier has just been caught stealing stuff before it hit the mailbox. So, now, I am considering putting a deadbolt on the door with access to my garage so that packages can be left there. My wife isn't crazy about the idea, because of the potential for having stuff stolen out of the garage by a carrier, and the possibility we could forget to deadbolt the access door, allowing access to inside the house. But I am still considering it.

When a thank you gift is in order, or if I don't know what to give someone for their birthday, I'll give Amazon gift cards over email. Why? Because it's a secure format, and I have never seen one redeemed by someone who is not supposed to use it. I don't know who doesn't love getting Amazon credit, either. I love receiving it, too.

Amazon's customer service is so fantastic; if that ever did happen, it'd compensate you for it. And, on the rare occasions that I had physical Amazon packages go missing, we reported it to the company, and it replaced them. Try doing that with USPS.

Whether it's giving people gifts, or sending or receiving documents, or shipping packages, I want everything with a financial nature or value to have a transaction record. I don't want anything that isn't traceable. So, I am completely done with cash. And, ideally, I want the transaction to be encrypted, end-to-end.

That's why I became an Apple Card customer -- not because of the cool factor and the friendly UX, which is a plus -- but because of the tokenization technology in use that prevents a lot of the traditional card fraud mechanisms. And the more I don't have to pull that physical card out of my money clip, the better. If a vendor has Apple Pay, I'll use that instead. I no longer carry large amounts of cash with me. If I need to pay someone personally for anything, I'll use PayPal, Venmo, or the Cash App. Now, I will use Apple Cash at every opportunity.

To say that I feel violated and have lost all trust in the USPS is an understatement. But, as of today, I have sufficiently justified my resolve in only using third-party mail carriers like UPS and Federal Express -- and Amazon's delivery and courier system, which it is increasingly using.

If your mail was tampered with, file a police report, a mail fraud report with USPS, and a consumer complaint with the Federal Trade Commission, so it will understand just how prevalent this type of crime is and can appropriately prosecute it.

Do you believe a United States Postal Service carrier has tampered with your mail? Talk Back and Let Me Know.