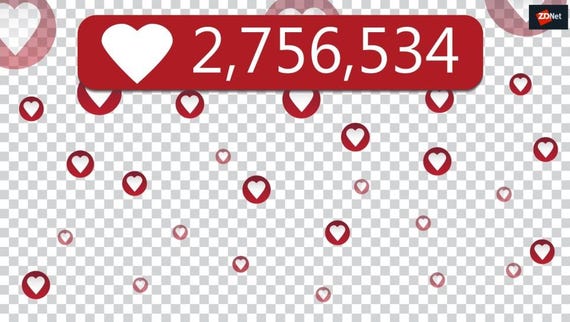 The digital divide is about to get worse with the rise of subscription-based news media because of the failure of advertising to provide revenues for a sustainable business model.

The continuing devaluation of advertising by Google, Facebook, and the rest of the web is keeping the media sector in a perpetual round of disruptions -- with layoffs and closures and forcing them into a paywalled subscription business and away from free content paid for by advertising.

Advertising revenues used to prop-up a thriving media industry that had few problems keeping fake news, hate speech, and other toxic content away from the public eye. The internet -- with its low costs of distribution, ability to reach a large audience, plus the web as a publishing technology -- should have provided a bonanza of revenues for media companies.

Traditionally, more eyeballs mean more advertising revenues, and media companies have been getting larger and larger audiences. But there's something wrong; their advertising revenues continue to fall. It's because their audience is too slow to outpace the deflationary effects of the internet.

Whenever something is abundant it has a lower value. The web created a huge abundance of formerly limited resources: Pages and places to advertise. A low-cost web page now competes for the same advertisers as a page on a news site that employees hundreds of professionals.

It's called programmatic advertising, and it is problematic for the traditional media industry because it means its investments in high-quality media are not rewarded.

This deflationary advertising trend affects everyone including Google. The more Google expands its reach and its audience -- the less revenue it gets from each click.

Every financial quarter for more than a decade, Google reports around 15 to 20% less revenue per click (cost-per-click) from the prior year. Every quarter, year after year, it makes less money per click.

Google has been able to outrun this steep deflation in its advertising business because it manages to grow its paid clicks two to three times faster than what it loses per click.

It's not realistic or sustainable for traditional media to grow at such rates. It's not sustainable for Google either. How many more ads can it find places to show especially on tiny mobile screens?

This is Google's big secret: Its ads are less effective yet it finds more places to show ads. This means our experience of the internet with Google is going to be more ads as it tries to outrun the deflation of its click revenues.

TOO LITTLE TOO LATE

It's too late for the media industry to reach a more equitable deal with the internet giants, and with no future in advertising, media companies have had to develop multiple revenue streams -- a Heinz 57 business model.

The ambition of every journalist is the same as their news organization: To be read by as many people as possible. Paywalls limit distribution and limit audience size, the very opposite of what the internet provides!

Google and Facebook are actively supporting subscriptions for news media and both recently launched initiatives to help newspapers sign up more subscribers.  Mark Zuckerberg wrote in a recent New York Times editorial that Facebook helps even further by not taking a cut of subscription money (Apple charges 30% commission).

Will subscriptions save the media industry even without Facebook taking a commission? No. But in the meantime, it will create a huge digital divide -- between those who can pay for high-quality news and information and those who cannot afford them.  A New York Times digital subscription is $195 per year and that's just one publication.

The digital divide, which divides society in terms of internet access and computer availability, is about to get far worse.

There will be free news and other information, but will you be able to trust it?

If people won't pay for the content they should be reading, then special interest groups with hidden agendas will gladly produce the free content they want people to read.

This digital divide of paywalls will strand a huge population on the free side of the web -- the bad side. Free content will expose a huge part of our population to political and other nefarious manipulation.

Those with cash to pass through the paywalls will live better lives. They will have the advantage of high-quality information on every aspect of their lives. They will be better protected from harmful content, from hate speech, from fake news. And they will be less susceptible to covert manipulation.

Paywalls may help create a sustainable media business model, but at the cost of an unsustainable divide in information, it is harmful.

Bridging the digital divide made sense when advertising was able to support free access to the type of information that improves people's lives. Providing everyone with internet access now means everyone can be exposed to a powerful digital propaganda machine that tries to manipulate and divide people.

Bridging the digital divide without solving the issue of open access to the best news sources and information means dragging people into a digital world where they are now more vulnerable to exploitation, fraud, and manipulation. This digital divide has no easy solutions.

Join Discussion for: The failure of advertising is creating a...