​The G6 is fine, but now LG needs consistency or faces demise

LG Electronics has done a competent job with the G6, but now it needs a consistent strategy for branding, designing, and marketing its flagship phones. If it fails again, all is lost.
Written by Cho Mu-Hyun, Contributing Writer on April 8, 2017

Think of an LG phone. What comes to mind? Nothing strikes me immediately, what about you?

But LG's biggest problem goes further than a single phone. How the G6 performs and what LG has in-store for its V line in the fall will determine whether the company can survive what is basically a Game of Thrones-style smartphone market. (Houses Nokia, HTC, Xiaomi, and Motorola are all out of the game.)

It's all about having a consistent strategy that lets consumers know the company brand will always hold certain values.

A brief look at LG's smartphone launch history shows constant flip-flopping in terms of branding, design, and features. First it was the Optimus in 2010, which ended with the Optimus G in 2012 when the company decided to keep the "G" and drop "Optimus". The G2 and G3 were fine phones, but the G4 had a leather backcover option that I don't think anybody particularly asked for, although it was popular with a certain niche.

Constant changes have reflected LG's anxiety about its place in the market from the very start. It was late to join the smartphone fray, and it only began to establish its product identity with the G2 in 2013. But by that time, Samsung already established itself as the leader in Android.

It is also about positioning. LG always tried to establish itself, and still does, as a peer to Apple and Samsung. It refused to position itself as a mid-tier phone maker competing with Chinese makers, which makes sense since it didn't have much smartphone sway in mainland China to begin with. Its main markets are the US and Korea, where it still has some clout in mobile and is a well-respected brand in other consumer electronics.

The decision to make the G5 modular came from this pressure to differentiate its phones from "rivals" Apple and Samsung. I respect that courage, but in the end, it only confused consumers as to what it is an LG phone actually offers. It's no coincidence that LG began losses in the second quarter of 2015 with the launch of the G4 -- losses that got worse with the G5. There is very little core value throughout its flagship line. And that is what the firm needs.

Of course, to a certain point, being flexible in the market is important. Samsung dropped its plastic design starting with the Galaxy S6 to go all metal, and bravely dropped the removable battery feature. It was worth dropping one feature for another because clearly Samsung believed there was more to be gained than lost. The Galaxy S8 is a result of this evolution. And, most importantly, it was addressing a consumer demand to drop the plastic design in favour of metal, which was not as "random" as a leather back cover or a modular design.

LG should take its cue from rising smartphone vendor Huawei, which has capitalized on its partnership with Leica well to market the P10. Its well-thought-out partnership and marketing plan aims directly at a influential niche group, differentiating itself from Apple and Samsung without going to far. It shows a good focus and is money well-spent.

LG clearly has no intention of considering itself lower than the top smartphone maker. In that case, it needs two things: consistency and focus.

Apple has its own brand-defining software. Samsung has the best hardware and display. Huawei has the best camera. LG needs its own definition and a consistent strategy. It must stick to the fundamentals, as its mobile boss Juno Cho previously said, while keeping a ear out for what consumers actually want.

This year may be its last chance. 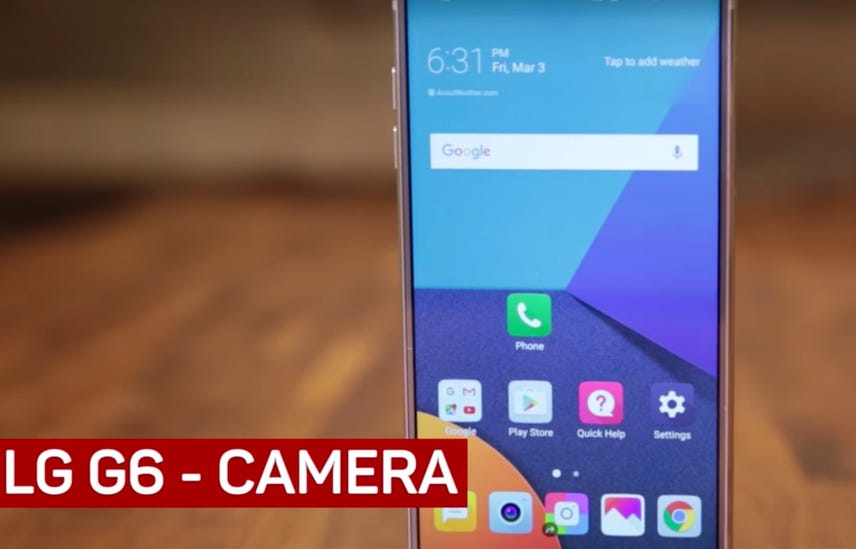