The initial release of Skype came around 10-and-a-half years ago. Although the company was founded by Dane Janus Friis and Swede Nicklas Zennström, the software was initially developed by four Estonians — three of whom were also behind the once-popular peer-to-peer sharing application Kazaa.

Just two years later, the company had become the leader in the global VoIP market with 54 million customers – 150,000 customers joining daily — and the startup was later bought by eBay for €2.6bn. Although the exact numbers have not made public, the sale brought hundreds of millions of Estonian kroons (Estonia's currency before joining the Eurozone in 2011, equal to around €0.06) to stakeholders in the country.

Skype has changed hands twice since then: in 2009, eBay decided to sell 65 percent of Skype to Silver Lake, Andreessen Horowitz and Canada Pension Plan Investment Board for $1.9bn and two years later Microsoft bought the company for $8.5bn.

Skype's development centre is still located in Estonia, but its significance has shrunk in recent years — last May, the then-CEO of Skype Estonia, Tiit Paananen, said that only about 20 percent of the company's workforce remains Estonia. 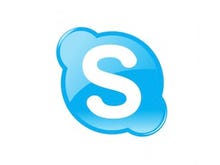 Skype talks back to critics on security and privacy Critics have been slamming Skype (and its corporate parent Microsoft) with insinuation that it's taking shortcuts with its users' privacy. In an unusually direct blog post, a top Skype spokesman labels the allegations false.

That doesn't mean that Skype isn't important for Estonia; quite the opposite — it's given many former employees and developers invaluable knowledge, experience and tools that they use elsewhere today.

In 2003, the four Estonian developers of Skype — Jaan Tallinn, Priit Kasesalu, Toivo Annus, and Ahti Heinla — created an investment firm called Ambient Sound  Investments (ASI), set up to hold a minority stake in Skype. Since selling its stake to eBay in 2005, ASI has been a private investment vehicle, managing €100m of its partners' assets.

In 2007 they founded a startup, Inkspin1, which develops communication service called Vispel with the goal of bringing video calls to any TV set and TV-connected device.

One of the original Skype developers, Jaan Tallinn, has been backing innovative projects in very different fields. He co-founded the Centre for the Study of Existential Risk at the University of Cambridge, a multidisciplinary research centre dedicated to the study and mitigation of risks that could lead to human extinction. In 2012 he also co-founded a medical consulting firm called MetaMed, which provides personalised medical research services and was backed by entrepreneur Peter Thiel. He also was an early investor and advisor in London-based deep learning startup DeepMind, which was sold to Google in the end of January for about $400m.

The former CEO of Skype Estonia between 2007 and 2012 StenTamkivi joined Andreessen Horowitz last year as an inhouse entrepreneur. Although living in Silicon Valley, he still keeps an eye on his homeland and frequently writes on economic and social topics regarding the future of Estonia. He also keeps an eye on the startup scene, for example, investing in high-end speaker company Estelon.

Tamkivi also coined the term #Skypemafia for the broad group of founders, key employees, investors, advisors, and other notable contributors to Skype. According to his research, there are more than 50 ex-Skype people (many Estonian) who have since gone on to set up a new business or found a startup.

A good example of such a startup is Vitalfields, which is led by an Estonian ex-Skype engineer Martin Rand. The company provides farm management software that already helps over 1,500 farms to forecast plant diseases using field-based weather forecasts and also helps keep records on the fields. In January, it raised €500,000 in follow-on funding – from investors including Ahti Heinla.

After four Estonia former Skype engineers got really frustrated with functionality gaps in Skype's messaging, they decided to found a new communication startup called Fleep, which has been backed by Jaan Tallinn and Priit Kasesalu among others. The iOS application is out already and the Android version will follow any time now.

The company offers repositories of data on the world's oceans, which users can create custom datasets in minutes. While the company, which collected €1.4m in seed funding, operates in Silicon Valley its development team is still situated in the Estonian capital of Tallinn.

Join Discussion for: The ghosts of Skype past: How Estonia's biggest...