Full Bio
on February 5, 2020 | Topic: Robotics in the enterprise 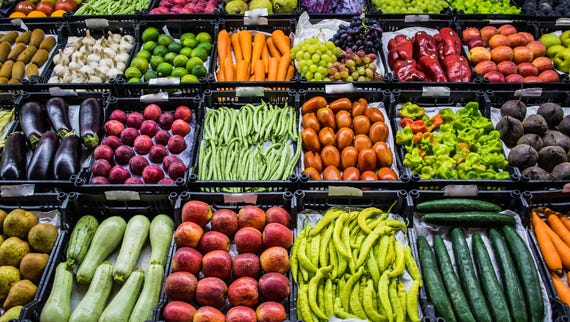 Retailers are increasingly adopting artificial intelligence and robotics, both in brick-and-mortar shops and in warehouses, and with a new robot workforce comes the need for new management methods.

That's right: in the near future, HR departments won't focus only on human employees, but also include a robot resources department to look after non-human workers.

According to research firm Gartner, robot resources could be a thing as early as 2025. In the next five years, predict Gartner analysts, at least two of the top ten global retailers will have reshuffled their HR departments to accommodate the needs of their new robot workers.

There is no need to start thinking about AI holidays and robot retirement parties. Rather, robot resources organizations will be procuring, maintaining, training, taxing, decommissioning and disposing of obsolete machinery.

With AI-powered robots being particularly suited to the retail industry, Gartner's research predicts that 77% of retailers plan to deploy AI as early as 2021. Automation of tasks such as floor cleaning, data-collection or security could have promising results – and the very first use case identified by the research firm is warehouse picking.

Big retailers have already demonstrated the potential of scaling AI and robotics in the warehouse. Walmart, for example, recently unveiled Alphabot, a robotic fulfillment system implemented in the retailer's 20,000 square-foot warehouse in New Hampshire, and which combines human labor and robot speed to pick 800 products per hour.

Similarly, US giant Kroger signed a deal in 2018 with UK company Ocado to build huge automated robot warehouses, in which dishwasher-sized robots coordinate in swarm-like behavior to pick orders before handing them over to human employees to pack into bags.

It is largely customer demand for both accuracy and speed that has boosted retailers' interest in robotics. "The retail industry continues to transform through a period of unprecedented change, with customer experience as the new currency," said Gartner's research director Kelsie Marian.

"The adoption of new digital technologies and the ever-changing expectations of customers continues to challenge traditional retailers, forcing them to investigate new human-hybrid operational models."

But just because robot resources are coming of age, that doesn't mean that human resources are going anywhere. Quite the opposite, argued Marian: retail workers will have to work alongside new robotic colleagues, and the new paradigm will require careful planning.

She highlighted that choosing the right candidate – human or machine – for a given job will be critical for success. "Retail CIOs must provide ongoing maintenance and performance monitoring for effectiveness," she said. "If not, the team may become counterproductive and lead to a bad customer experience."

In that respect, Amazon may well be an example of success. The retail giant started working with robotics as early as 2012, when it purchased robot manufacturer Kiva Systems. Working in tandem with human employees, Kiva's robots transport pallets of inventory from one location to another in Amazon's warehouses. More recently, they have started scanning and boxing items to be sent to customers.

Amazon said that if installed in each of its 55 US fulfillment centers, the robots could eventually replace 1,300 employees. The news sound bad, but in parallel the company announced that it would pay workers up to $10,000 to quit their jobs and set up their own delivery business, in order to tackle retail's infamous last-mile logistics challenge.

Since the initiative was announced last year, tens of thousands of workers have applied to Amazon's new delivery service program.

According to Gartner's analysts, such examples of human-robot collaboration will become mainstream in future retailers' business models. "This means the robot will have to mesh with the human team – essentially meaning that both sides will need to learn how to collaborate to operate effectively together," she said.

Hence the importance of rethinking HR departments. The good news is that those new robotic teams shouldn't be requiring too much feedback forms and probation paperwork.