The iPad Mini: Power and portability for when you shouldn't phone it in

Tired of being pushed around by smartphones and larger tablets, the iPad that time forgot has become a lot more powerful and picked up a new friend. And it's ready to reclaim the throne as the world's best minimal computing product.
Written by Ross Rubin on March 28, 2019 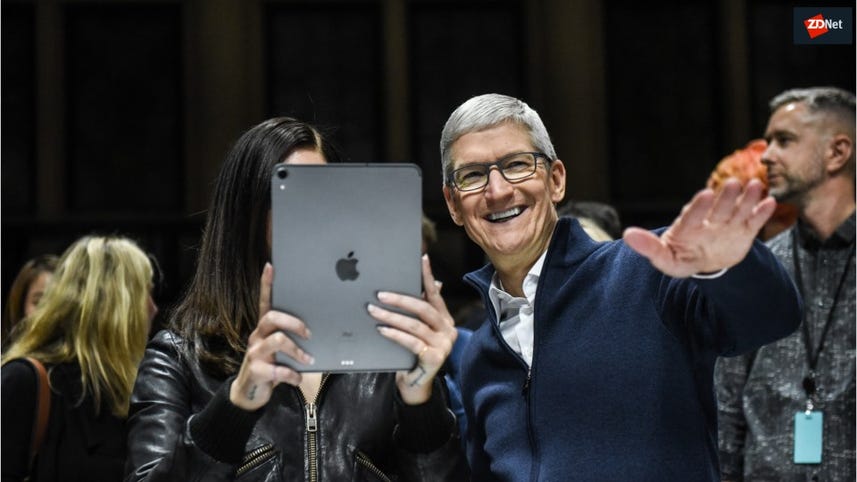 Comparing how the iPad was positioned at its introduction to how it is positioned now, it is tempting to say that Microsoft won the war for the soul of the tablet as something that is not a standalone category but a laptop variant. Rather than the iPad being a "post-PC" device, Apple in effect has two PC lines in iPad and Mac. They are so close in functionality that apps for them will soon spring forth from the same application programming interfaces and they will soon likely run on the same processor architecture. Those who cast their lot with an iPad as their main computer suffer few compromises.

The iPad had to climb the value ladder up to the size and functionality of a laptop because it was most pliable barrier between the rock of the growing smartphone and the hard place of the 2-in-1. But that doesn't make the iPad's original scenario -- a device that lives in between the smartphone and notebook -- less valid. Apple now has a lineup of five different iPads. The nearly 13-inch iPad Pro may be Apple's most powerful alternative to the laptop, while the baseline iPad may most closely resemble the original. However, the iPad Mini best carries on the idea of a tweener product in the current device landscape.

One couldn't be faulted for thinking Apple would never release another iPad Mini. Its last iteration was released back in 2015. It used Apple's A9, a chip three generations behind the one in the new iPad Mini. So Apple has addressed at least some of modern tech gaps of the Mini. However, like all non-Pro iPads, the new Mini features large bezels {a minus}. In part used for a Touch ID-enabled home button (a plus). Also like the other non-Pro iPads, the Mini uses Lightning ports. That's a disadvantage from the point of pure functionality. However, the Mini is unlikely to appeal to those who don't already have some investment in Lightning cables.

Indeed, the reason many thought the Mini had faded into the sunset was that it was outrageously priced compared to, say, small Amazon Fire tablets. The few companies still making Android tablets have tended to focus on larger screen sizes. That doesn't include Google, which threw Android out of its latest tablet altogether. And even within its own product line, the Mini costs the same as the baseline iPad, which offers a much larger work area.

But that iPad and everything further up the line start running up to the space requirements for a notebook while falling short of some of a notebook's functionality. In contrast, particularly among Apple products, the iPad Mini offers an advantage over phone in the other end of the device spectrum. Despite the Mini's LTE capability, it's unlikely to substitute as a smartphone for anyone and is effectively a two-handed device.

But it is Apple's best minimalist computing product, packing in almost all of the niceties of Apple's iPad iOS extensions in a small form factor with a wide aspect ratio, with significantly more screen real estate than even Apple's iPhone XS Max at a fraction of the price. Particularly with the new Apple Pencil support, that makes it a strong option for field applications. Cramped in coach? Nettled by notches? The iPad Mini grants you reprieve.

Also: A Best Buy salesman told me it's iPad or don't bother

Competitively, the iPad Mini costs a lot more than similarly sized tablets, but there really isn't anything else in its class. Compatibility with the Apple Pencil has opened up a new world of note-taking and sketching applications such as a new offering from Moleskine. And while there's no smart keyboard cover connector, one can scrape by typing on the iPad Mini with a number of Bluetooth keyboard cases and add-ons.

Alas, Apple's long neglect in updating the iPad Mini seems to have dampened accessory makers' excitement of the new device. The launch -- featured but still crunched among a host of Apple hardware announcements prior to a portfolio of media services that complement the iPad line -- attracted no major third-party case announcements that might accommodate the Apple Pencil. While the product matches the dimensions of the iPad Mini 4, slight differences in the placement of the camera lens and volume controls are likely to throw off a perfect fit with cases for the older model. (Of course, you can also make your own.)

Apple was slow to embrace the idea of a tablet with smaller dimensions than the original iPad; it was persuaded to pursue the Mini in part after reading coverage of the first small Galaxy Tab tablets by former ZDNet contributor Kevin Tofel. The combination of consumer tablet softness, growing smartphones and the better value of the baseline iPad conspire to keep it a fringe product for Apple. It is not the iPad for everyone. Its appeal would be even further enhanced if it adopted the slim bezels and modern connectivity of the Pro line. But, even today, the iPad Mini's charms justify its share of supporters. To prevent their ranks from shrinking further, Apple needs to update it in cycles shorter than leap-year intervals.