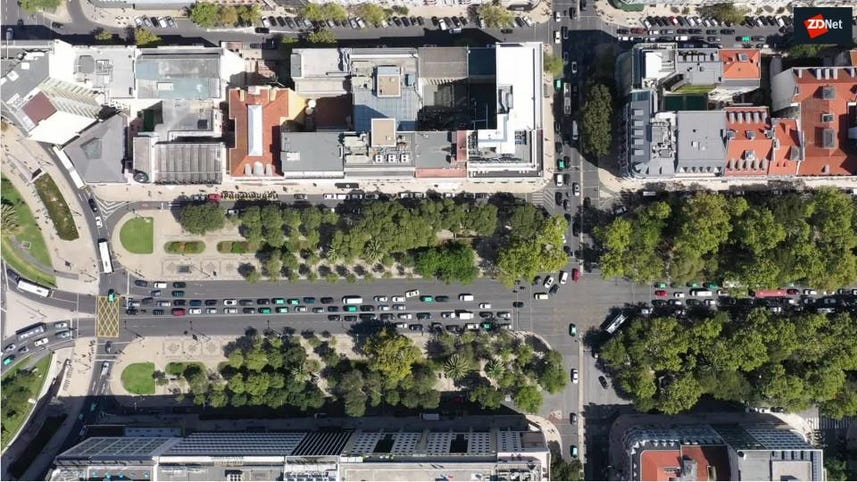 If running a problem on a quantum computer is one of your longest held ambitions, here's some good news: you actually can, sort of. Through a service dubbed Leap, computing company D-Wave lets developers try out a cloud-based quantum processor – D-Wave's 2000Q quantum computer – in real-time. And to avoid putting off those who are not familiar with the intricacies of quantum physics, the company has now announced Leap 2, which comes with extra features designed to simplify the tool, while also increasing the size of the applications the program can run.

With Leap 2, D-Wave is introducing a new feature called the hybrid solver service (HSS), which uses both classical and quantum computing resources to deliver solutions to the problems submitted by developers. According to the company, combining the two technologies will let users solve problems that are 100 times larger than before, with up to 10,000 variables.

Murray Thom, D-Wave's vice president of software and cloud services, told ZDNet: "Classical computers can do simple, local operations very quickly. Quantum computers are better at doing large neighborhood searches. So we are combining the two to get the best of both worlds. And what's key here is that users will be able to solve much larger problems, and that will be a game changer to scale their applications."

The first version of Leap, released in 2018, was all about access, explained Thom: through free and paid plans, developers and researchers could easily start using a live quantum computer, as well as access open-source development tools, interactive demos or coding examples. "But the lesson we learned is that access isn't enough," said Thom. It quickly became clear that users didn't only want to try out the tool, but were also keen to build their applications at a production scale.

The size of such problems did not fit onto the quantum processor deployed in Leap 1. Cue the hybrid solver. As user jobs are deployed across both quantum and classical resources, the technology can handle workflows that are much larger in volume.

D-Wave said that since Leap services have been available, users have developed up to 200 applications across financial modelling, materials science, logistics or drug discovery. The company's technology is based on a particular model of quantum computing called quantum annealing, which is best designed for optimization problems – the ones that have one better solution out of various different combinations.

For example, Volkswagen has used Leap's technology to develop a quantum algorithm for bus route optimization, which the company recently showed off at the Web Summit in Lisbon. The algorithm calculated the fastest route for each individual bus in the fleet, and optimized it on a near real-time basis.

The pilot project connected 26 bus stops to form four bus links. Leap 2, in theory, should push those numbers up to let users expand the scope of their algorithm, and scale up their quantum applications.

But the new version of Leap is not only about letting customers go "from quantum exploration to quantum production," as D-Wave puts it. According to Thom, Leap 2 is also about further lowering the entry barriers to quantum computing.

D-Wave encourages developers to open-source their discoveries, by renewing the free quantum computing time allocated to them when they agree to share their code. Other users can therefore browse the community's catalog, research examples of applications to model, or look at common types of problems being submitted in different industries.

For Thom, this will remove the complexity barriers of quantum, and help developers tackle the hardest challenge they face – how to translate an application from a classical format to a quantum one.

"Someone who is new to quantum computing and wants to build an application will be able to benefit from the learnings of the whole community," said Thom. "You don't need to understand quantum states, or have a PhD in quantum physics, to use the system. The complexity is abstracted from the user."

Quantum computing has long been identified as a potential source of huge benefits, with one drawback: researchers and developers still struggle to exploit the technology because of access barriers. And so, the quantum community itself isn't quite sure yet of the real-world applications that the technology will have. D-Wave, for one, is convinced that Leap can change the state of things.

As promising as the company's manifesto sounds, however, it remains that quantum computing is in its infancy, and most developers are still feeling their way around the applications of the technology. For instance, a team of experts tried the service to control a large number of automated vehicles without collision in a Japanese factory. They found that compared to the conventional techniques carried out in digital computers, "the quantum annealer does not show outstanding advantage in the practical problem."

Thom said, however, that mixed results should be expected of any technology as new and disruptive as quantum. "Anyone coming to quantum is bringing their own knowledge to the space, and is still evaluating where quantum computing is applicable," he said. "What's important is to share findings with the community and make the most value out of the lessons learnt."

D-Wave announced that customers will also see an upgrade in the performance of Leap's quantum processor this year, as D-Wave 2000Q will be replaced by a lower-noise and faster system called Advantage. Plus, the company offers a free minute of access to its quantum computer upon signing up – with this kind of deal, it can only be worth giving quantum a try.