Three levels of government to give Adelaide AU$551m 'innovation' boost

The Adelaide City Deal will see the Australian Space Agency headquarters given 'high-tech' and artistic neighbours.
Written by Asha Barbaschow on March 18, 2019 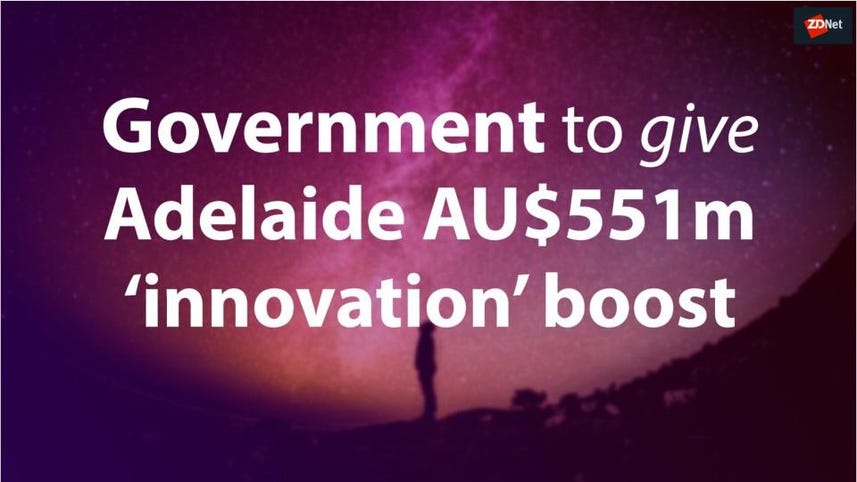 The federal government, alongside the South Australian government and the City of Adelaide, has announced the signing of a deal touted as making the city of churches a "centre of innovation excellence".

The Adelaide City has received AU$551 million in total funding from all three governments, with the deal itself to span 10 years.

It will directly focus on growing Adelaide's innovation economy, a statement from Prime Minister Scott Morrison said, as well as supporting population growth and boosting the state's cultural and tourism economy.

Under the deal, Lot Fourteen in the north-eastern corner of Adelaide's CBD will be converted into an innovation precinct.

AU$67m boost given early for myGovID

Also on Tuesday, the Australian government announced that its digital identification play, myGovID, would be given an additional funding boost.

Forming part of the federal Budget to be handed down next month, AU$67.2 million has been allocated to accelerate development of myGovID, specifically to see the remaining seven of eight pilots be conducted.

Minister for Human Services and Digital Transformation Michael Keenan explained that a myGovID is the digital equivalent of a 100-point ID check that is expected to reduce the need of visiting an office or shopfront to prove who they are when doing business with government.

The first trial kicked off in October, with a small group of Australians able to use their myGovID to apply for a Tax File Number (TFN).

One upcoming pilot will see citizens use myGovID to access the Australian Business Registry; while another will use the digital ID to access grant management systems.

Other pilots include using myGovID to replace the ATO AUSKey, to access Department of Human Services programs such as Youth Allowance and Newstart Allowance, and to access the Unique Student Identifier.

The digital identity system will also be integrated with myGov.

MyGovID will be an opt-in system, unlike My Health Record, which required citizens to opt out of the service to avoid having the government hold their medical information.

Canberra expects myGovID to eventually enable all government services to be delivered seamlessly via digital channels -- a goal the Coalition wants to achieve by 2025.

MORE FROM THE AUSTRALIAN GOVERNMENT

The federal government wants to develop a blockchain roadmap to make Australia a 'global leader'.

Canberra has an interim plan on how best to share data

Data-sharing guidelines have been released by the federal government as it works towards drafting legislation that will keep citizen data safe from exposure and misuse.

Australian government to bring all services online by 2025

The Coalition has labelled its own digital transformation strategy as a 'bold' plan that will make government accountable.

Canberra offers up AU$1.1m for startups to solve government problems

The grant round asks startups and small businesses to solve five public policy challenges within the Australian government.