President-elect Donald Trump's technology roundtable on Dec. 14 will include top tech titans from Alphabet, Apple, Microsoft, Facebook, and others. 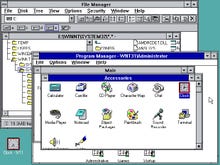 Amazon CEO Jeff Bezos is likely to attend, according to Recode's anonymous sources, even though his appearance could be awkward as his Washington Post newspaper has been critical of Trump.

See also: Here are seven things Trump and tech leaders should discuss at next week's meeting

"I plan to tell the President-elect that we are with him and will help in any way we can," Oracle's Catz said in a statement to Recode. "If he can reform the tax code, reduce regulation and negotiate better trade deals, the U.S. technology industry will be stronger and more competitive than ever."

Invites to the roundtable, which involves Trump team member and Paypal co-founder Peter Thiel, are still being sent out. The meeting is being held at Trump Tower in New York City.

Exact details of the meeting are unknown. It's likely a chance for Trump's transition team to have an open forum about the next four years in the tech industry.