To the Moon: Grumman, the company that built Apollo 11's Lunar Module

Our fourth and final installment in our series is about Grumman, the company which built the Lunar Module (LEM) which made the historic manned landing on the Moon's surface on July 20, 1969.
Written by Jason Perlow, Senior Contributing Writer on July 17, 2019 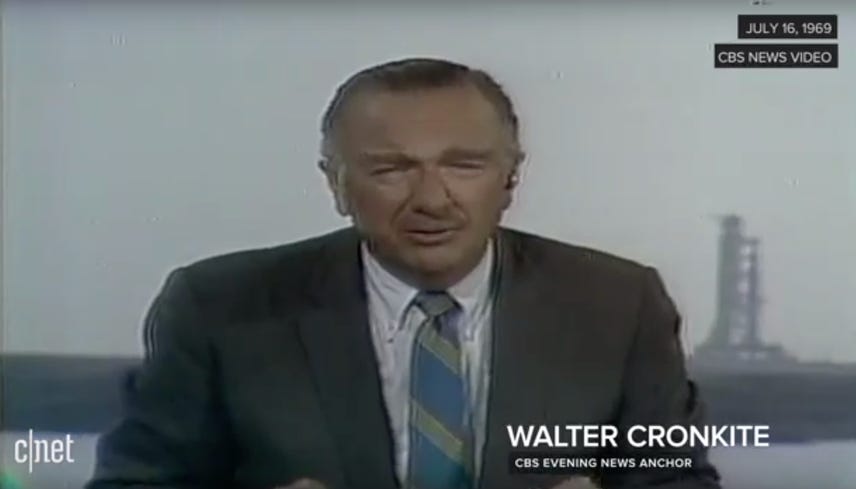 This article was originally published in July of 2009.

The Apollo Lunar Module, or "LEM" for short, was a highly specialized spacecraft built by Grumman Aircraft Engineering which was designed to land on the lunar surface and return the astronauts to the Command Module in lunar orbit for their trip back to Earth.

In 1961, what would later be known as the Johnson Space Center put out a Request For Proposal to a number of large military/aeronautics contractors that included a large number of questions which required them to consider the operational requirements for a moon landing spacecraft and how the actual landing would occur.

At the time, very little about the actual moon spacecraft itself was baked. When compared to the Saturn V rocket itself, it was the least developed part of the entire Apollo system in terms of concept and planning. Additionally, at the time, very few aeronautics contractors knew anything about building actual spacecraft, let alone something that could land on the moon and bring the astronauts home.

After all, the first Americans were just being launched into orbit during Project Mercury at the time when any of this was under consideration.

One of the companies that responded to the Moon vehicle RFP was Grumman Aircraft Engineering, a Long Island, New York-based military aircraft contractor which in the past had built very reliable attack aircraft for the US Navy during World War II, the Korean War, and were currently manufacturing the A-6 Intruder close support attack plane which would later be heavily used in Vietnam.

Nobody at Grumman had any experience with spacecraft, so this was entirely new territory for the company. However, the Grumman engineers working on the Apollo proposal response had read some early papers by NASA engineers Tom Dolan and John Houbolt who had proposed what is now known as a Lunar Orbit Rendezvous (LOR) mission profile.

LOR was one of three mission profiles considered for the moon landing and was not the front runner for consideration. The others were Earth Orbit Rendezvous and Direct Ascent, the latter of which was the initial candidate.

It became clear to Grumman that LOR made the most practical sense, as it required only one launch vehicle and the use of two specialized spacecraft, a Command Module to carry the astronauts to lunar orbit and to survive the forces and temperatures of terrestrial re-entry upon return, and the other a Lunar Module specifically for the landing and return to lunar orbit which would not be constrained by aerodynamics in the vacuum of space.

A "Buck Rogers" style for Direct Ascent as shown in many early Science Fiction movies of the period would have been too expensive and very difficult to engineer within the schedule-driven constraints of the Apollo Program. The EOR profile had its merits, but once LOR had been proven as viable, it was chosen as the mission profile for the landing.

In November of 1962, Grumman was awarded the contract to build the LEM. Grumman quickly found out, however, that its proposal response, which included actual conceptual designs for the spacecraft, was just a "Final Exam."

The Lunar Module had to be completely re-designed from the ground up, and Grumman ended up working very closely with the Johnson Space Center in finalizing a design. The Lunar Module underwent many, many design changes in order to conserve on weight and space in the S-IVB stage, which was a very precious commodity given the tremendous cost to send even a pound of material into Earth orbit.

The final design iteration, integrating hundreds of significant design alterations went into production in April of 1963. The first LM was flight tested in Earth orbit on January 22, 1968, aboard the Apollo 5 mission, and the first actual lunar descent test occurred during Apollo 10 in May of 1969, only two months before Apollo 11.

After the Apollo program, Grumman resumed its work on fighter aircraft for the Navy, such as the F-14 Tomcat multi-role interceptor and the E-2 Hawkeye all-weather Airborne Early Warning aircraft which continues to be refined and used by the Navy to this very day.

For NASA, Grumman also produced the X-29, an advanced high-performance aircraft testing platform which used a radical forward-swept wing design and a sophisticated computerized and fully digital fly-by-wire system, which are now used in all modern fighter and commercial aircraft designs.

In 1994, Grumman merged with of Northrop and became Northrop Grumman Corporation. Its aerospace focus is now centered on the building of military reconnaissance satellites and high-powered airborne lasers.

As to which contractor will build the successor to the Lunar Module, nobody can say for sure, as no contracts regarding the spacecraft themselves have been awarded yet. But I wouldn't be surprised to see Northrop Grumman throw its hat into the ring to try to repeat the glory of its original achievement fifty years ago.

Are you or someone you know a former employee of Grumman Aircraft Engineering and helped to build the Lunar Module? Talk Back and Let Me Know.

NASA has solved the mystery of Voyager 1's strange data transmissions
What is Artemis? Everything you need to know about NASA's new moon mission
NASA's new tiny, high-powered laser could find water on the Moon
NASA is blazing an inspirational trail. We need to make sure everyone can follow it
Editorial standards
Show Comments
Log In to Comment Community Guidelines

We have liftoff: NASA's Artemis rocket launches, and Orion is headed to the Moon

We have liftoff: NASA's Artemis rocket launches, and Orion is headed to the Moon